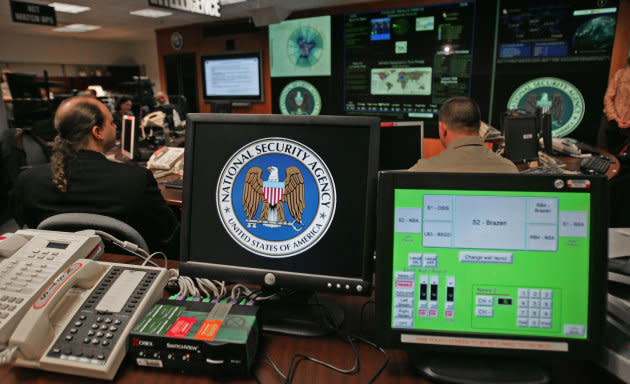 The Republican-controlled House of Representatives passed the USA Freedom Act on Wednesday in a sweeping 338-88 vote, moving forward legislation that would curtail the NSA's bulk collection of data. The bill now moves to the Senate, which must approve it or find a compromise by June 1 -- this is when the provision of the Patriot Act that allows the NSA to collect metadata expires. The Senate is expected to vote by May 22. The White House supports the USA Freedom Act, though Senate Majority Leader Mitch McConnell (R-Ky.) opposes it and wishes to extend Section 215 of the Patriot Act, allowing the NSA to continue collecting bulk data. Google, Apple, Facebook, Microsoft, Twitter and other major tech companies have been campaigning in support of the USA Freedom Act as part of the Reform Government Surveillance coalition since late 2014. Early in May, a federal court ruled that the NSA's collection of metadata was illegal. Read all about Section 215 here.

In this article: government, HouseOfRepresentatives, law, nsa, PatriotAct, privacy, reform, section215, Senate, surveillance
All products recommended by Engadget are selected by our editorial team, independent of our parent company. Some of our stories include affiliate links. If you buy something through one of these links, we may earn an affiliate commission.