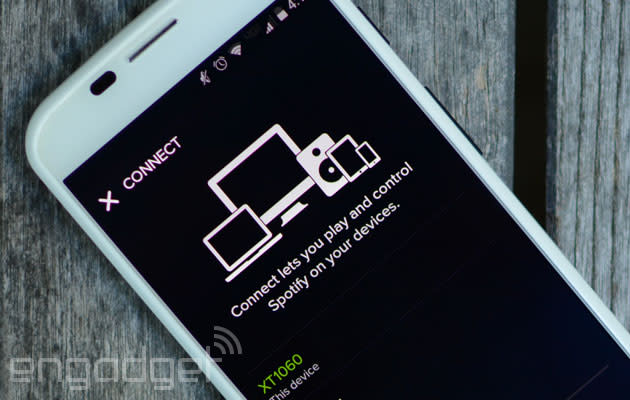 Qualcomm just announced additional ways to input audio into its AllPlay WiFi streaming platform. The feature now supports Bluetooth and analog audio input on supported devices. Once the Bluetooth-streamed audio hits the "master" device, the audio is then distributed via WiFi to satellite speakers that don't necessarily have to be from the same manufacturers. Bluetooth has become the de facto method of wirelessly streaming music to speakers and it makes sense for Qualcomm to start supporting the protocol. Analog inputs expand the reach of AllPlay to devices like turntables and home stereo systems without wireless support.

Qualcomm also announced an EQ feature will be available to developers to integrate into their AllPlay enabled apps. The chip company also reduced the audio latency of AllPlay to below 100 microseconds so your house won't sound like a giant echo chamber when you stream audio to multiple devices. AllPlay technology has been adopted by manufacturers like Monster, Panasonic, Medion and Gramofon and streaming music apps like Spotify and Rhapsody. Soundcloud and Jay Z's Tidal have announced that AllPlay implementation is coming soon.

In this article: AllPlay, InternetofThings, IoT, Qualcomm
All products recommended by Engadget are selected by our editorial team, independent of our parent company. Some of our stories include affiliate links. If you buy something through one of these links, we may earn an affiliate commission.