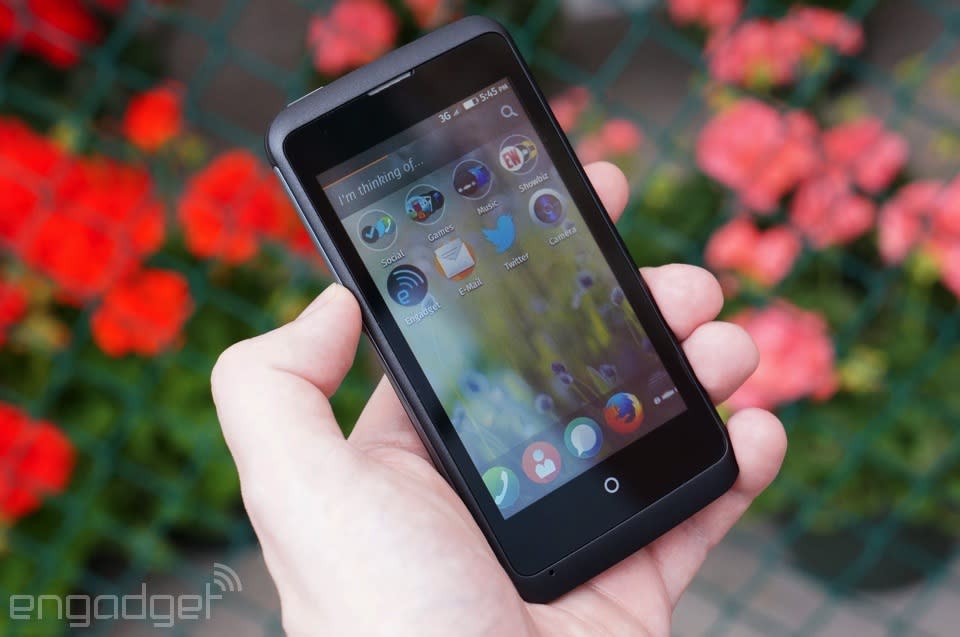 Outside of one or two exceptions, most Firefox OS devices have been aimed squarely at the budget crowd -- at folks who would otherwise have to entirely forego smartphoness or tablets. However, Mozilla is ready to switch things up. The organization has unveiled a new strategy, Ignite, that should lead to Firefox OS gadgets you want to buy "because of the experience" rather than the price tag, according to CEO Chris Beard. Just what that entails isn't clear, but there's little doubt that this means a shift toward higher-end (though not necessarily flagship-class) hardware.

Mozilla may even take a page from the likes of BlackBerry and Jolla by running apps from a more popular operating system. Beard vows that his outfit will "explore implementing" compatibility with Android apps in a way that keeps the company's emphasis on the web. He isn't explaining how this would work or when he'd like to see Android support, but that lack of concrete details suggests that you'll be waiting a long while before you can use Instagram on your ZTE Open C.

The move is a gamble for Mozilla, although it might be a necessary one. While Firefox OS was practically tailor-made for low cost devices, Android is catching up -- when you can get cheap phones on both platforms, why buy the ones limited to web apps? Moving to more advanced, distinctive phones might give Firefox OS a chance at standing out, and help Mozilla fight the locked down ecosystems of its rivals.

In this article: android, firefox, firefoxos, ignite, internet, mobilepostcross, mozilla, smartphone, web
All products recommended by Engadget are selected by our editorial team, independent of our parent company. Some of our stories include affiliate links. If you buy something through one of these links, we may earn an affiliate commission.