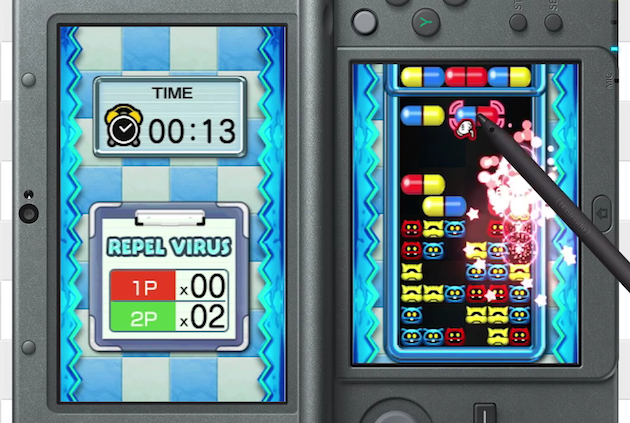 The NX console isn't the only product Nintendo's working on behind the scenes, naturally. Via a Direct Micro video session, the company has now shared an outlook of its game plan for this year and beyond -- though we're sure it's not telling us everything. Most notably, Nintendo revealed the Dr. Mario franchise is making a comeback with Dr. Mario: Miracle Cure, which will be launching for the 3DS on June 11th (exclusively in the eShop). But there's more: Bravely Second is finally coming to North America, where it's going to be available on the 3DS sometime in 2016.

And looking ahead to the summer games in Brazil, Nintendo also announced Mario & Sonic at the Rio 2016 Olympic Games for Wii U and 3DS, featuring a slew of characters and playable sports. The best news, however, is that the legendary N-Zap '85 is debuting tonight as an add-on for Splatoon, Nintendo's wonderful third-person shooter. You can watch today's Nintendo Direct Micro below.

The N-Zap '85 is coming to #Splatoon, along with the new Port Mackerel map - and they're coming TONIGHT! pic.twitter.com/BsIhFLL65T

In this article: 3DS, E3, E3 2015, E32015, hdpostcross, Nintendo, Nintendo3DS, NintendoWiiU, Wii U, WiiU
All products recommended by Engadget are selected by our editorial team, independent of our parent company. Some of our stories include affiliate links. If you buy something through one of these links, we may earn an affiliate commission.