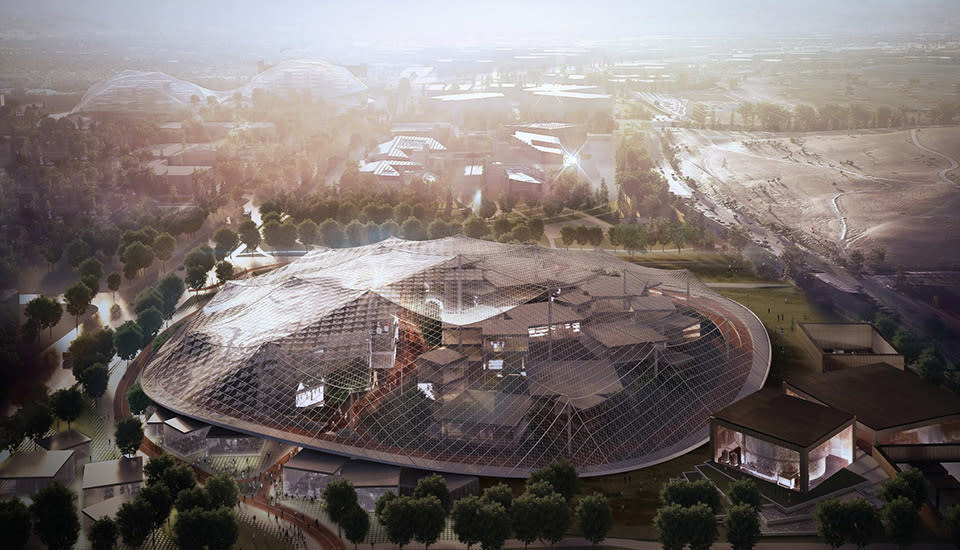 The curious structure above blanketed with transparent, undulating glass isn't someone's concept of a futuristic high-tech habitat on another planet. It's actually Google's latest design for the dome it plans to build on the 18.6 acres of land it's leasing from the government right across its headquarters. The four-story 595,000 sq. ft. edifice is called Charleston East, because the company wants to build it right next to Charleston Park. According to the application Google has recently submitted to Mountain View's local government, it will house not only offices, but also a 72,000 sq. ft. of space for retail shops and amenities, as well as underground parking.

You're not having a déjà vu, by the way: Google really did release concept art for other transparent structures earlier this year. The tech corp was aiming to create a complex of four see-through facilities on 2.2 million sq. ft. of commercial land available for lease at the time in Mountain View's North Bayshore district. Unfortunately, the local government gave another tech company, LinkedIn, most of the space (1.4 million sq. ft.), leaving Google with a measly 515,000 sq. ft. Google hasn't announced its new plans for that area yet, since it obviously won't be able to fit a modern campus right out of a sci-fi movie. But it clearly knows what it wants to do Charleston East, which will become the company's campus extension if it passes the city's review process.

In this article: google, TheBigPicture
All products recommended by Engadget are selected by our editorial team, independent of our parent company. Some of our stories include affiliate links. If you buy something through one of these links, we may earn an affiliate commission.