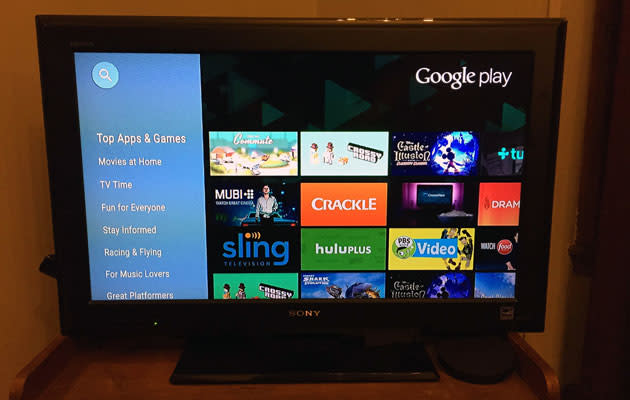 Google is hoping to give Android TV a boost after updating the platform to make app discovery much easier, letting you find more than 600 'new' apps that have previously been difficult to find. Our chums over at TechCrunch spotted the improvement, which will now organize the features into 20 collections that run from movies and sports through to multiplayer gaming. The software requires a 29MB update and if it's not already on your device, it shouldn't be long before it arrives. When we reviewed the Nexus Player last year, our biggest concern was the lack of app selection. This update, combined with the addition of things like broadcast TV support and Sling TV should hopefully push Android TV a lot closer to competing with the Rokus of this world.

In this article: AndroidTV, google, Roku, Software, Update
All products recommended by Engadget are selected by our editorial team, independent of our parent company. Some of our stories include affiliate links. If you buy something through one of these links, we may earn an affiliate commission.