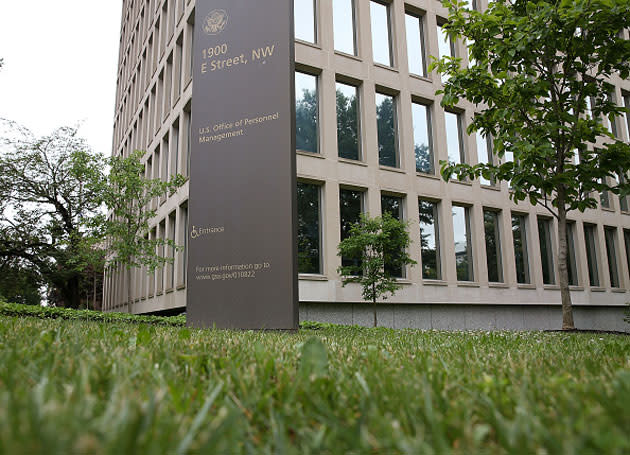 Just how bad was the hack that compromised the info of 4 million US government workers? Exceptionally bad, if you ask anonymous officials talking to Reuters. They understand that the Office of Personnel Management breach exposed data going as far back in time as 1985, which could reveal what about 1.9 million staffers did after they left federal employment. It's not certain exactly what was taken, but the hack may have exposed bank info, birthdays and Social Security numbers -- the kind of sensitive content that could lead to breaches elsewhere.

This isn't an isolated incident, either. Investigators believe there's a connection to earlier data theft at insurance giant Anthem as well as health care service provider Premera Blue Cross. The one consolation is that most State Department workers weren't affected, but the branch is dealing with its own security woes. It's still not certain whether the (allegedly Chinese) culprits were state-sponsored or simply very determined thieves, but one defense official is convinced that this was intelligence gathering. If it was, the breach could easily worsen already strained China-US relations.

In this article: breach, cyberattack, databreach, government, hack, internet, officeofpersonnelmanagement, opm, privacy, security
All products recommended by Engadget are selected by our editorial team, independent of our parent company. Some of our stories include affiliate links. If you buy something through one of these links, we may earn an affiliate commission.