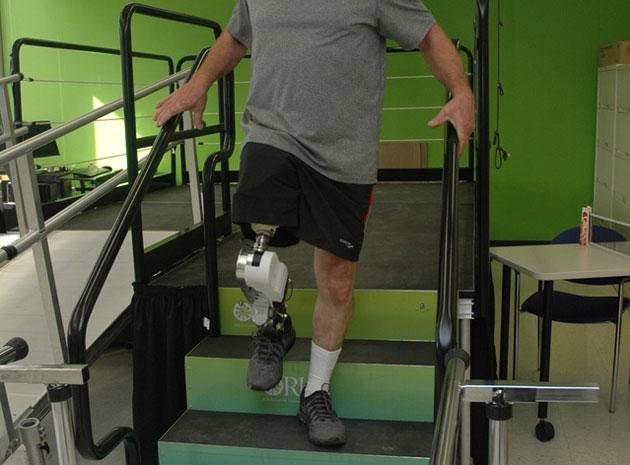 As advanced as prosthetic feet and legs have become, they're frequently lousy with stairs. You usually have to reconfigure your limb to make the climb, even if it's just for a few seconds. That won't be an issue again if the Rehabilitation Institute of Chicago's efforts pay off, however. Its researchers have built a new bionic leg that lets you climb stairs, kneel and otherwise move freely without straining yourself. It revolves around a control system that tells what you're trying to do and adjusts automatically, letting you focus on walking instead of terrain changes. The leg is only in a very limited test run backed by the US Army, but it's expected to become a commercial product that helps amputees of all stripes.

In this article: bionic, health, leg, medicine, prosthetic, rehabilitationinstituteofchicago, science, wearable
All products recommended by Engadget are selected by our editorial team, independent of our parent company. Some of our stories include affiliate links. If you buy something through one of these links, we may earn an affiliate commission.