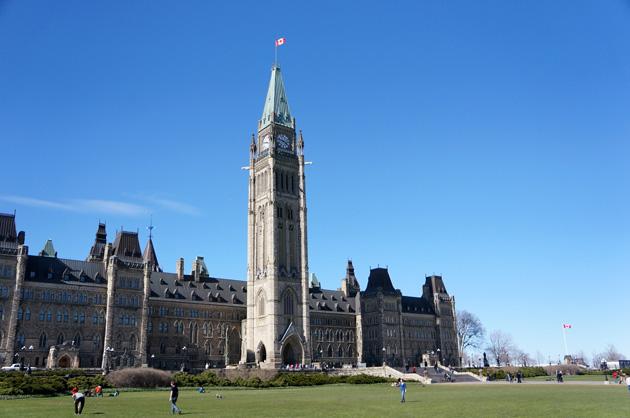 The US government might be curbing its surveillance activities, but just the opposite is happening north of the border. Canada's Senate has passed the heavily disputed Bill C-51 into law, granting spy agencies (like the Canadian Security Intelligence Service) greater powers to violate digital privacy in the name of fighting terrorism. The move lets government branches swap sensitive data like tax filings, and gives spies permission to load intrusive malware on suspects' devices. It also raises the possibility of searching devices at the border to find "terrorist propaganda," and should allow disruptive tactics like taking down websites. Moreover, there are worries that some online discussions wishing harm against Canada and its allies might be deemed illegal.

Some of the strategies greenlit here aren't new -- just ask the US' National Security Agency. However, there's a concern that C-51's vague definitions of national security risks let the Canadian government snoop on people who are merely challenging authority, such as activists and religious leaders, rather than limiting the scope to extremists. Not surprisingly, the attempts at criminalizing certain kinds of discussion could easily tread on the country's free speech rights.

The Senate move doesn't mean that the law is set in stone. Two political parties (the NDP and Green Party) have promised to repeal C-51 if they can, and a third (the Liberal Party) is at least open to amendments. Those aren't idle threats, either. There's a federal election coming up in the fall, and even supporters of the ruling Conservative Party believe C-51 could be unpopular enough to usher in a change of leadership that either softens key measures or kills the law outright. In other words, the battle isn't over yet.

In this article: c-51, canada, government, internet, law, privacy, security, spying, surveillance, terrorism
All products recommended by Engadget are selected by our editorial team, independent of our parent company. Some of our stories include affiliate links. If you buy something through one of these links, we may earn an affiliate commission.