Food delivery apps, the pandemic and finding a new normal 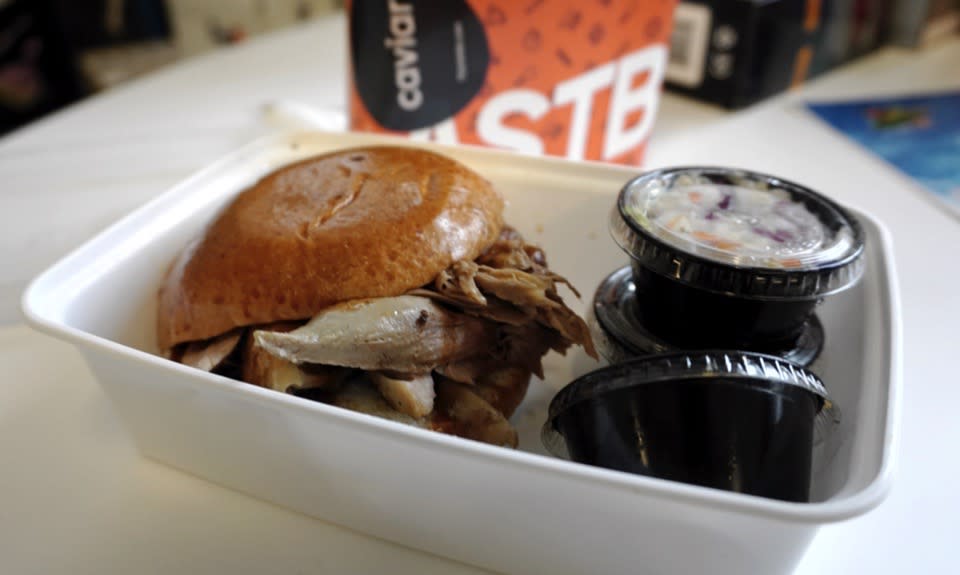 You might have forgotten that Square, the company best known for its mobile credit card reader, also owns the restaurant delivery service Caviar. With so many food delivery options out there, it's simply hard to stand out. But now Square is bringing one of its more unique Caviar capabilities to NYC: Fastbite, a feature that will deliver a meal from a popular restaurant for under $15 in 15 minutes or less. There are, of course, a few caveats: You've only got a handful of single-serving options to choose from (not full restaurant menus), and Fastbite is only available during peak lunch and dinner hours in Manhattan. But if you've ever had a busy day where your lunch delivery didn't make it on time, or you just simply didn't want to deal with the lunch rush, Fastbite could be incredibly useful.

Plenty of startups promise the impossible these days, so I tested out the new Caviar feature (a "mouth-on", if you will) to verify the company's claims. Opening up the Caviar app at the AOL office revealed two food options: A pulled pork sandwich from Mighty Quinn's Barbecue, and a falafel salad from another nearby restaurant. I went for the pulled pork sandwich, which ended up costing around $14 with delivery fees (Caviar covered the cost for the test). Once I placed the order, a marker appeared on a small map, allowing me to track the location of the delivery person (similar to how Uber and other taxi apps let you track cars). Around 13 minutes later, my sandwich arrived at the AOL lobby.

"One of the things that's unique about our relationship with the restaurants is we have a full partnership," said Avlok Kohli, who founded FastBite last year before being acquired by Square in February. "We help them ramp up demand and figure out how to manage deliveries."

That's a good thing, after all, since many local restaurants aren't ready to handle a mad delivery rush on their own. Square's close relationship with restaurants might also help it compete with a slew of other delivery options, including Sprig, which promises inexpensive meals in under 20 minutes, and GrubHub Seamless, which might take longer but offers entire menus. And while it seems like Square might not be able to scale fast deliveries in other cities, Kohli said that could be solved based on the type of couriers they use. For dense urban cities, bike messengers and people on foot may be enough. For a sprawling area like LA, they'll have to use cars.

As for the sandwich? It was still warm and tasty by the time I got my hands on it. The barbecue sauce didn't even soak through the bread. Really, what more could you ask for from a food delivery?

In this article: Caviar, FastBite, mobilepostcross, Square
All products recommended by Engadget are selected by our editorial team, independent of our parent company. Some of our stories include affiliate links. If you buy something through one of these links, we may earn an affiliate commission.