The Moto 360 smartwatch is getting better with WiFi, always-on apps 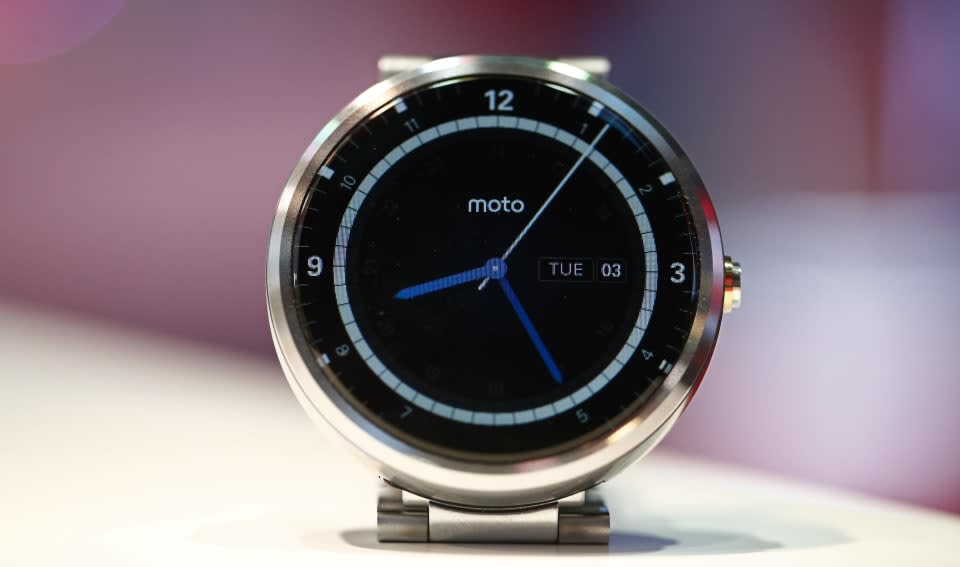 It's taken nearly a month, but the round Moto 360 smartwatch is finally joining some other Android Wear devices with support for the latest software update. It's rolling out to owners now, and adds features like the ability to connect directly to WiFi even if your phone is out of Bluetooth range, apps that stay visible until they're dismissed (especially useful for maps and to-do lists) and the ability to draw your own emoji right on the screen. Wearers can even scroll through info on the screen without touching it, simply by rotating their wrists. We felt like the Moto 360 was the best Android Wear device you could get nine months ago, and this update may help it keep up with the pack at its reduced price -- if it hits your wrist let us know how things are going.

In this article: 5.1.1, AndroidWear, google, lenovo, mobilepostcross, moto360, SmartWatch, update, video, wearables, wifi
All products recommended by Engadget are selected by our editorial team, independent of our parent company. Some of our stories include affiliate links. If you buy something through one of these links, we may earn an affiliate commission.