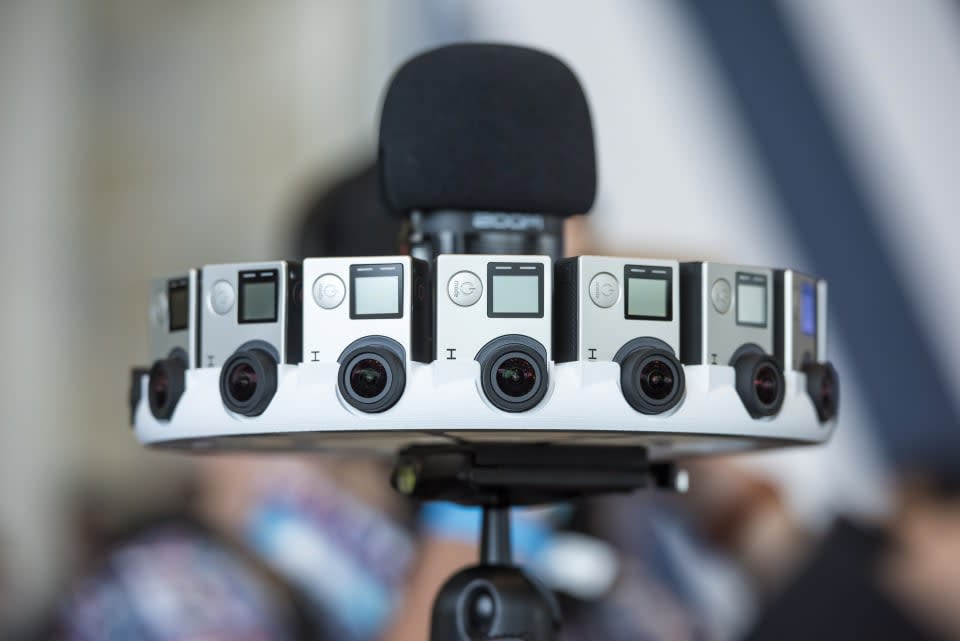 Google and GoPro teamed up to produce Jump, a VR camera-rig that'll record 360-degree footage using 16 of the little action cameras. Just a few weeks later and the search engine is asking if anyone wants to test the hardware for themselves. Much in the same way it did for its head-mounted computer, the company wants applicants to describe the ideas that they have for the system. If you're a filmmaker, journalist, producer or, er, "other," then you can head into this Google Document and register your interest. As TechCrunch notes, the more "awesome" your answer, the better chance you'll get to the top of the list. We're told, incidentally, that you can make things significantly more awexxome by cApiTaliZing letters inside words and adding superfluous Xs every now and again.

In this article: CameraRig, Cardboard, Google, GoogleIO2015, GoPro, Jump, VirtualReality, VR
All products recommended by Engadget are selected by our editorial team, independent of our parent company. Some of our stories include affiliate links. If you buy something through one of these links, we may earn an affiliate commission.