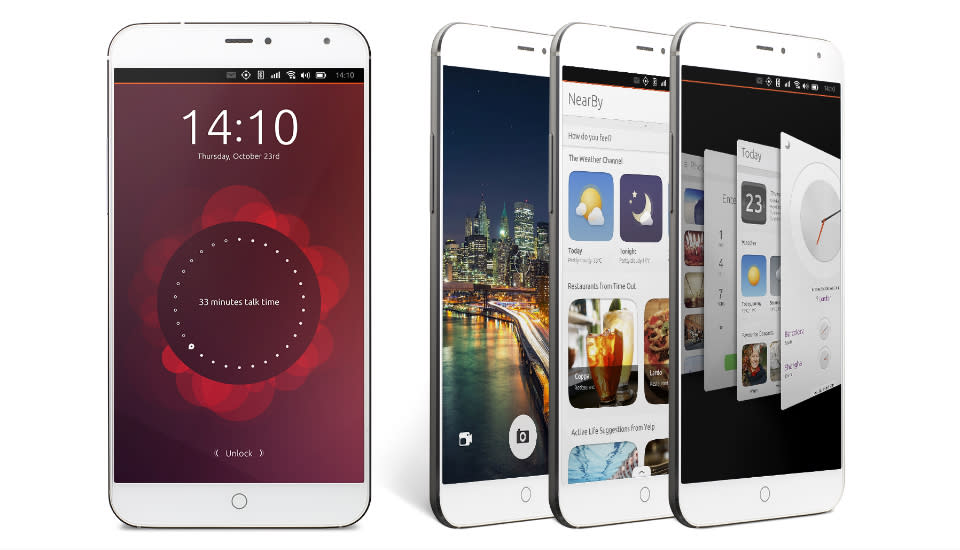 Another Ubuntu phone, another unusual launch. After the BQ Aquaris E4.5, which debuted with a series of online flash sales, Canonical is following up with an invite-only handset built by Meizu. Yep, the same Meizu that once hoped to release an Ubuntu phone in 2014. The new MX4 "Ubuntu Edition" has been available to developers in China since May, but starting tomorrow you'll be able to order one in Europe too. At least, you will if you're lucky enough to receive an invite. Canonical and Meizu aren't revealing how many will be available each day, so you'll just have to visit their teaser site, complete the "origami wall" and hope for the best. The company is also staying tight-lipped about whether the invite system will eventually be dropped and if the MX4 will later be sold in other markets.

Just like the Aquaris E4.5 and E5, the €299 ($345) MX4 is a modified version of an existing Android handset. It boasts a sharp 5.36-inch display, an octa-core MediaTek 6595 processor, 2GB of RAM and a 3,100mAh battery. For photo-fiends there's also a 20.7-megapixel rear-facing camera and a 5-megapixel selfie snapper. On paper it's a competent mid-range handset, but there's little here to grab the attention of power users. At MWC we were a little underwhelmed by the device, especially in comparison to the ambitious Ubuntu Edge. Canonical has been slow to develop its software and what was once an intriguing platform is now up against Android Lollipop and iOS 8 -- not to mention their fast-approaching successors. Some of the ideas around Scopes -- categorised home screens that aggregate content from multiple sources -- feel fresh and unique, but it's hard to see how they'll appeal to anyone beyond the hardcore Ubuntu crowd. Canonical seems to have accepted this, as it's calling tomorrow's launch a "journey" rather than a "day one volume play." Maybe the company is wise to keep its expectations in check, but after two and a half years we had hoped the platform's launch would pack a little extra punch.

In this article: canonical, europe, Invite, meizu, MX-5, mx5, ubuntu, ubuntuphone
All products recommended by Engadget are selected by our editorial team, independent of our parent company. Some of our stories include affiliate links. If you buy something through one of these links, we may earn an affiliate commission.