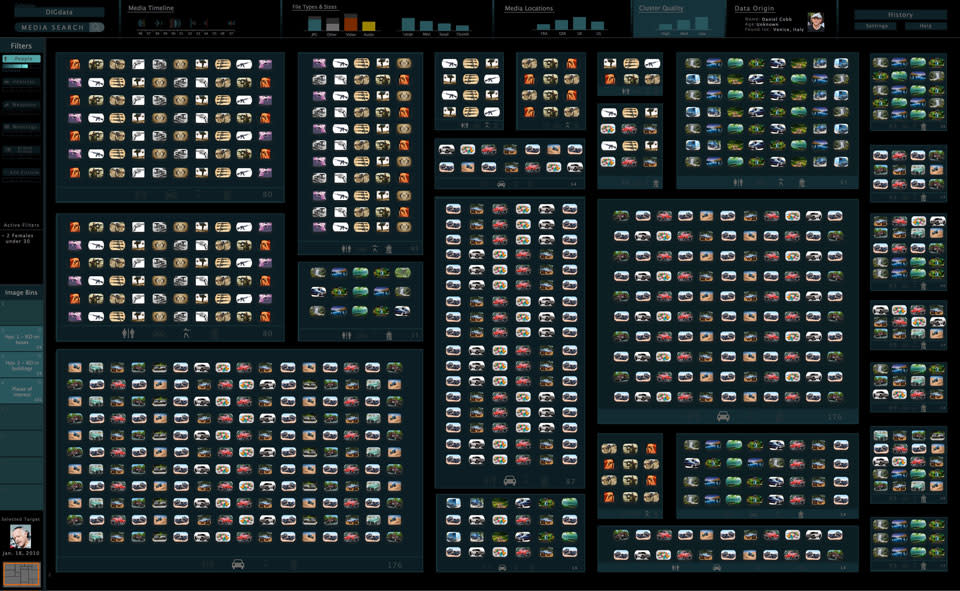 It's easy to find computer vision technology that detect objects in photos, but it's still tough to sift through photos... and that's a big challenge for the military, where finding the right picture could mean taking out a target or spotting a terrorist threat. Thankfully, the US' armed forces may soon have a way to not only spot items in large image libraries, but help human observers find them. DARPA's upcoming, artificial intelligence-backed Visual Media Reasoning system both detects what's in a shot and presents it in a simple interface that bunches photos and videos together based on patterns. If you want to know where a distinctive-looking car has been, for example, you might only need to look in a single group.

As you might suspect, the goal is to turn enemy media campaigns on their head -- all those online propaganda pics and training videos would make it much easier to pinpoint the whereabouts of bases and leaders. There's a chance that it would get creepy given that it could easily power other government surveillance programs, but there's no doubt that soldiers would appreciate this AI-assisted intel.

In this article: ai, army, artificialintelligence, computervision, darpa, deeplearning, imagerecognition, machinelearning, science, software, usarmy, visualmediareasoning, vmr
All products recommended by Engadget are selected by our editorial team, independent of our parent company. Some of our stories include affiliate links. If you buy something through one of these links, we may earn an affiliate commission.