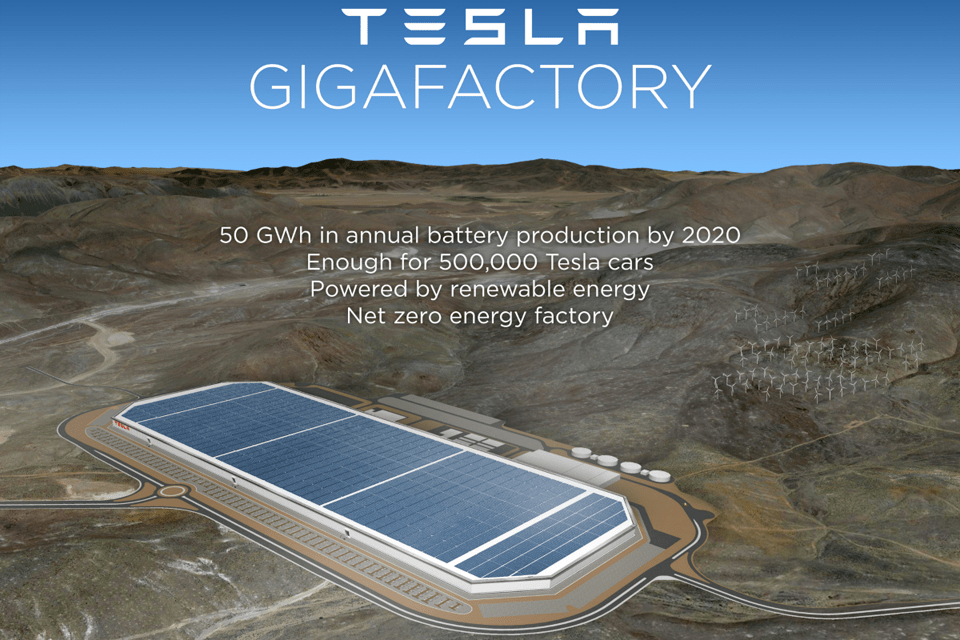 Tesla's battery-focused "Gigafactory" isn't even finished yet, but that isn't stopping the electric car maker from expanding its plant's territory. The company just confirmed that it has nearly tripled its Nevada land purchases, adding 1,893 acres to the 1,000 it got back in 2014. Not that Tesla is planning to grow the factory itself in the near future. A spokesperson tells the Wall Street Journal that most of the new turf is a buffer space -- Tesla could put solar farms in this area to power the factory, but it won't add manufacturing capacity in the short term. Elon Musk and crew have the option of buying thousands of more acres, though, and there's a real chance that they'll need the extra headroom if the Model 3 and Powerwall take off.

In this article: battery, car, electriccar, electricvehicle, ev, gigafactory, tesla, transportation, vehicle
All products recommended by Engadget are selected by our editorial team, independent of our parent company. Some of our stories include affiliate links. If you buy something through one of these links, we may earn an affiliate commission.