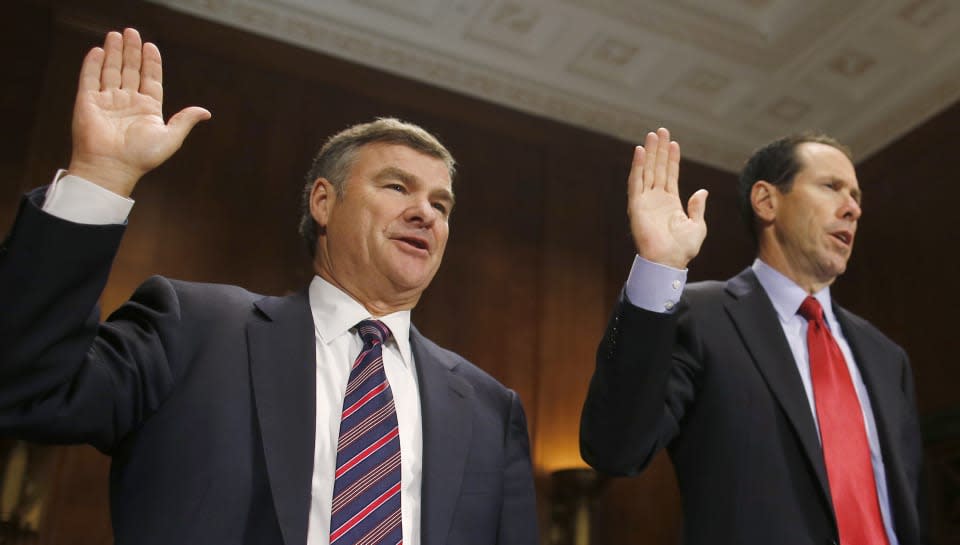 As first reported by the Wall Street Journal, the FCC is gearing up to approve AT&T's $49 billion acquisition of DirecTV. Commission Chairman Thomas Wheeler confirmed that he is set to call a vote on the matter with the FCC's other four commissioners. According to Wheeler, the proposal will "directly benefit customers" by increasing competition in the broadband marketplace. Most importantly, the FCC's approval comes with strings: AT&T will not be permitted to exclude affiliated video services and content from data caps on its fixed broadband connections, and it must submit all interconnection reports to the FCC, as well as reports on network performance. If the deal passes their vote, it will be clear to close. The deal will transform AT&T into the nation's largest pay television provider as well as its second largest telecom, combining AT&T's U-verse and DirecTV's satellite offerings.

Update: The Justice Department also announced tonight that it "will not challenge" AT&T's acquisition of DirecTV, clearing the path for it to go through once the commission votes. For AT&T's part, it says "We hope the order will be approved by the Commission quickly and we expect to close shortly thereafter."

My statement regarding the recommendation to approve the AT&T/DirecTV transaction with conditions: http://t.co/VdG4ONWZM5

"An order recommending that the AT&T/DirecTV transaction be approved with conditions has circulated to the Commissioners. The proposed order outlines a number of conditions that will directly benefit consumers by bringing more competition to the broadband marketplace. If the conditions are approved by my colleagues, 12.5 million customer locations will have access to a competitive high-speed fiber connection. This additional build-out is about 10 times the size of AT&T's current fiber-to-the-premise deployment, increases the entire nation's residential fiber build by more than 40 percent, and more than triples the number of metropolitan areas AT&T has announced plans to serve.

"In addition, the conditions will build on the Open Internet Order already in effect, addressing two merger-specific issues. First, in order to prevent discrimination against online video competition, AT&T will not be permitted to exclude affiliated video services and content from data caps on its fixed broadband connections. Second, in order to bring greater transparency to interconnection practices, the company will be required to submit all completed interconnection agreements to the Commission, along with regular reports on network performance.

"Importantly, we will require an independent officer to help ensure compliance with these and other proposed conditions. These strong measures will protect consumers, expand high-speed broadband availability, and increase competition."

[Image Credit: Associated Press]
In this article: acquisition, acquisitions, att, DirecTV, doj, FCC, federal communications commission, hdpostcross, JusticeDepartment, mergers, u-verse
All products recommended by Engadget are selected by our editorial team, independent of our parent company. Some of our stories include affiliate links. If you buy something through one of these links, we may earn an affiliate commission.