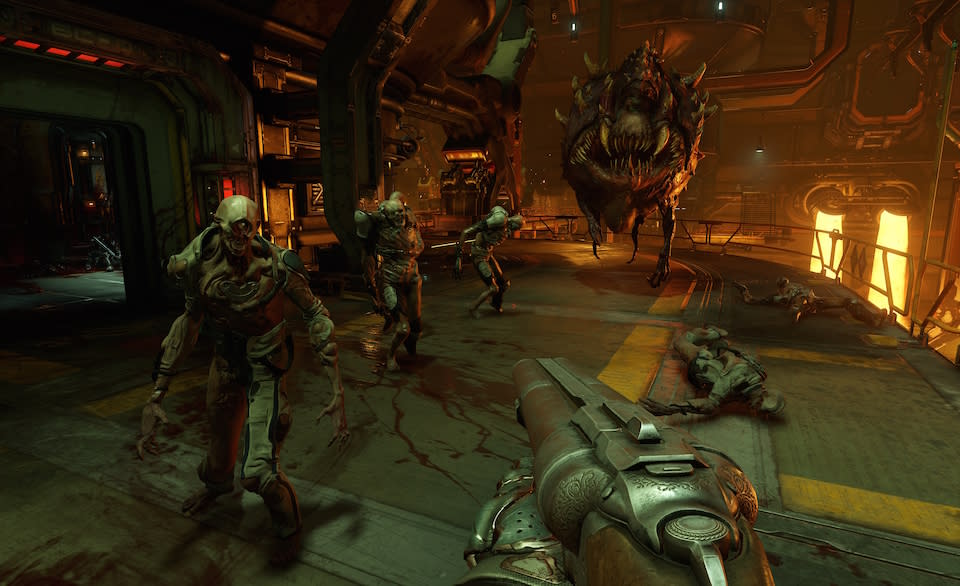 It's time to put that Doom alpha code from your PlayStation 4, Xbox One or PC copy of Wolfenstein: The New Order to use if you already haven't redeemed it. Publisher Bethesda's announced that access to the Hell-bound shooter's first multiplayer test will open up "in the coming months." The post on Bethblog says that if you bought the game digitally there's no need to hassle with redeeming keys as you're automagically entered into the selection pool, too. Let's say you didn't buy the latest Wolfenstein though and only pre-ordered Doom after witnessing its big reveal at E3 last month. Well, in that case you have to wait for Doom's beta and that won't happen until next year ahead of the game's scheduled when it's done spring release window. Folks attending id's Quakecon in Texas this weekend, however, get a leg up on everyone else and have access to a pre-alpha build of the multiplayer mode.

7
In this article: alpha, beta, bethesda, doom, gaming, hd, hdpostcross, idsoftware, pcgaming, playstation, ps4, wolfenstein, wolfensteintheneworder, xbox, xboxone
All products recommended by Engadget are selected by our editorial team, independent of our parent company. Some of our stories include affiliate links. If you buy something through one of these links, we may earn an affiliate commission.