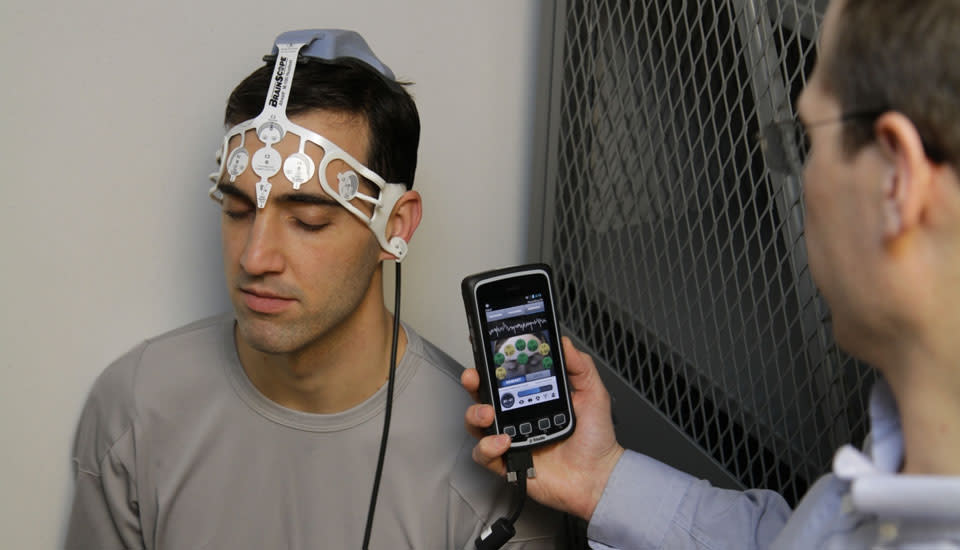 General Electric and the National Football League have handed a firm $500,000 to continue research into a portable system that can detect traumatic brain injury. The league has been criticized for its cavalier attitude towards traumatic head injuries and it's thought that more than 25 percent of players will suffer brain problems. That's why BrainScope is working on Ahead 200, a smartphone-connected EEG that is hoped will instantly detect concussion in an athlete to ensure they get on the spot treatment. The company will use the cash to conduct further studies with high-school sports people to ensure that the technology's initial promise works in the field.

It's been a long time coming for the NFL to open up about the situation, after being subject to a damning 2013 PBS documentary entitled League of Denial . In addition, the league has faced a class-action lawsuit from former players who have sustained severe neurological disorders from their time on the gridiron. The use of pitch-side technology to diagnose and treat these conditions would go a long way to preventing future athletes from suffering a similar fate. In addition, it's likely that the military would have plenty of use for such hardware, which is why the Department of Defense has handed out nearly $30 million in funding to the firm. There's no word on when the technology might pop up for general use, but the FDA has already given its blessing for Ahead 200 to be used as a diagnostic tool -- so fingers crossed we're not too far away.

In this article: BrainScope, Concussion, GE, LeagueOfDenial, NFL, TBI, TraumaticBrainInjury
All products recommended by Engadget are selected by our editorial team, independent of our parent company. Some of our stories include affiliate links. If you buy something through one of these links, we may earn an affiliate commission.