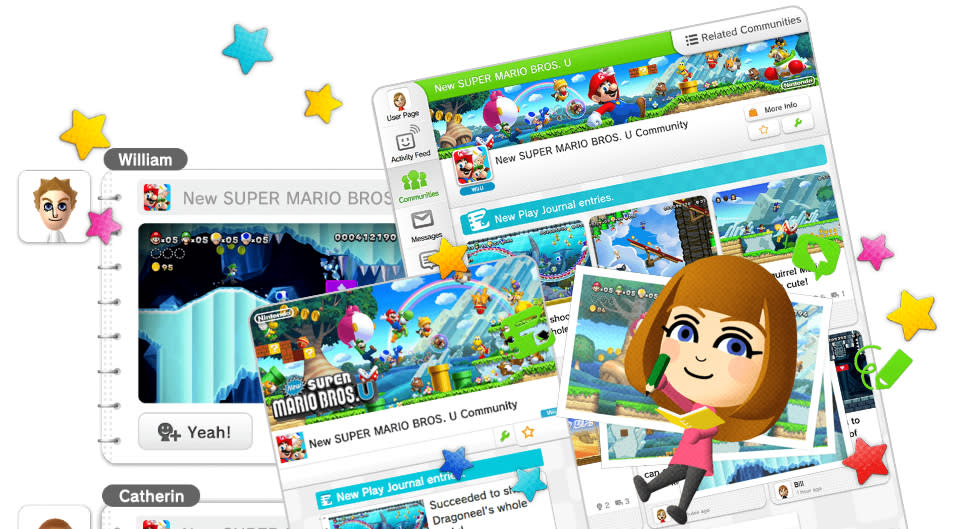 You know how everyone completely loses it every time Facebook pushes a redesign live? It's happening again -- except this time it's happening on Miiverse, Nintendo's quirky social network. On July 29th Miiverse will be given its first major overhaul: a total redesign that adds new features, changes how game-specific communities work and, weirdly, imposes a daily post limit on all users. Why all the changes? According to Nintendo, the community has been using Miiverse, well, wrong.

"Miiverse is created for gamers to talk about games," Nintendo spokesperson Erika said on the social network's announcement forum. "But over time, some people have started using Miiverse for other things, such as long chats that are not strictly game-related." The redesign was cooked up in an effort to keep Miiverse "game-centered," and is the reason users will be limited to making 30 posts a day. To the casual user, that seems like more than enough -- but the community's heaviest users have grown accustomed to participating in long RP (roleplay) threads and interactive Miiverse drawing competitions. These are probably the "long chats" that Nintendo is trying to shut down, but that hasn't stopped fans of these threads from voicing their objections on Nintendo's official Miiverse posts. Despite the reaction, Nintendo does seem to be trying to make Miiverse a more organized place: the July 29th redesign will add a private screenshot album (the contents of which can be embedded in other Miiverse posts), a "Play Journal" category for posts made from the in-game Miiverse menu, and separate categories for drawing and discussion posts. Finally, users will no longer be able to post directly to their activity feed, though your existing activity feed will be preserved indefinitely.

It's a big change, and pretty weird -- Nintendo has always been careful about how it allows its users to communicate with each other online, but the "tone policing" of this Miiverse revision feels just a little strange. On the other hand, the social network is sort of a mess, as is. The added categories and sorting options will certainly be a welcome change.

In this article: 3ds, miiverse, nintendo, nintendo3ds, socialnetworking, socialnetworks, videogames, wiiu
All products recommended by Engadget are selected by our editorial team, independent of our parent company. Some of our stories include affiliate links. If you buy something through one of these links, we may earn an affiliate commission.