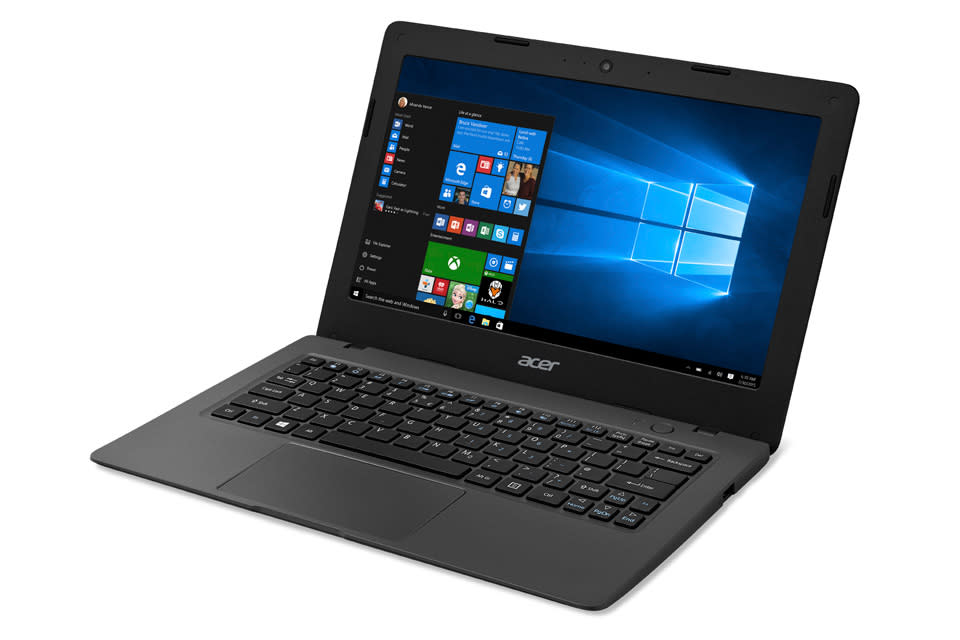 Hey, HP: you're far from the only one who can play the ridiculously low-cost Windows laptop game. Acer has unveiled the Aspire One Cloudbook 11 and 14, a pair of thin-and-light Windows 10 portables that promise a 'real' PC experience even if you're on a shoestring budget. They respectively cost a mere $169 and $199 in the US (a good $30 less than HP's Stream 11 and 13), but still manage to pack 1.6GHz Celeron processors, 2GB of RAM, full-size keyboards and expansion that includes USB, HDMI and SD card slots. Neither is going to be a screamer, then, but they may do the job if you're looking for a back to school system that's just good enough to handle your class notes and reports.

So how did Acer manage to undermine its biggest rival? By cutting a few corners, apparently. The company tells us that the $169 11-inch model has a very modest 16GB of built-in storage (you need to jump to higher-end versions to get 32GB or 64GB). The two Cloudbooks also have shorter battery life than the Stream series (between 6 to 7 hours), and there's a 480p webcam instead of HP's "HD" unit -- these are not the ideal machines for video calls with your parents. You do get free year-long subscriptions to both Office 365 Personal and 1TB of OneDrive space, though, so you won't have to pay a lot up front to be productive. If you want to give Acer's minimalist PC concept a shot, you can get the Cloudbook 11 in August and the Cloudbook 14 in September.

In this article: acer, aspireonecloudbook, celeron, cloudbook, computer, laptop, pc, windows, windows10
All products recommended by Engadget are selected by our editorial team, independent of our parent company. Some of our stories include affiliate links. If you buy something through one of these links, we may earn an affiliate commission.