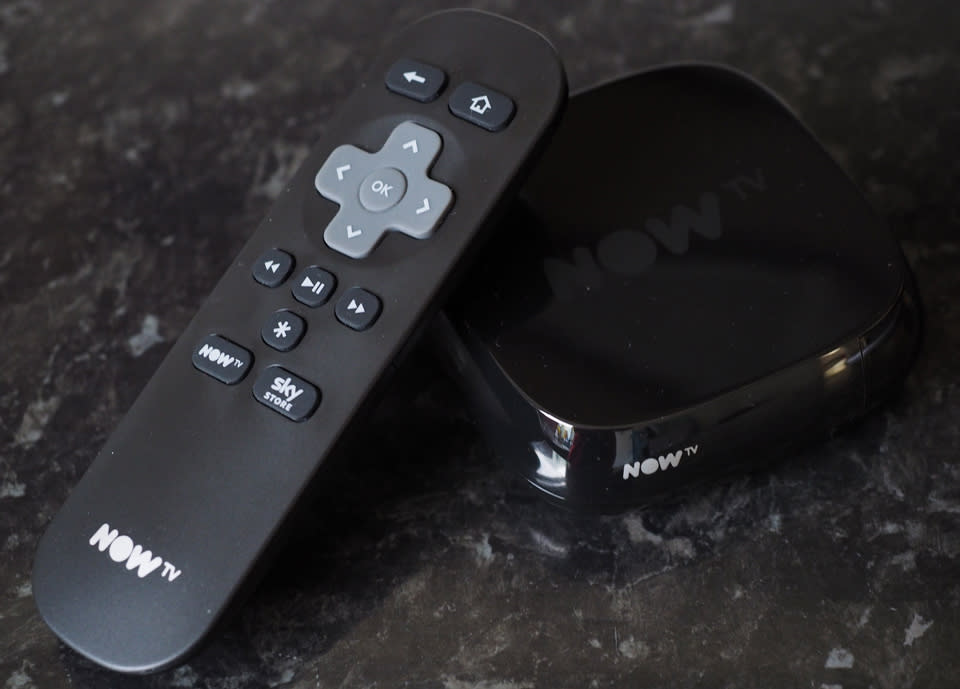 Sky's second-generation Now TV box goes on sale tomorrow, and the company's just been in touch to say it made a bit of a boo-boo on yesterday's announcement. You see, the new Now TV box is basically a rebranded Roku 3, and since that device supports full HD, 1080p streaming, we assumed Sky's reskinned version would too. We were told yesterday, however, that Sky's model was slightly different, in that it can only output at 720p like the first-gen Now TV box. As it turns out, this isn't true: the new Now TV box does support 1080p, but Sky content will continue to stream at a maximum resolution of 720p. Also, there are "no immediate plans" to make the jump to full HD, as Sky would rather not hinge the user experience on the speed of your internet connection. By coming clean about its mistake, Sky's actually made the £15 streaming puck a more attractive purchase. You can use the little set-top box to stream from plenty of content sources that aren't the Now TV app, so where available, you'll now be able to do so in glorious full HD.

In this article: hdpostcross, nowtv, nowtvbox, roku, roku3, sky, skynowtv
All products recommended by Engadget are selected by our editorial team, independent of our parent company. Some of our stories include affiliate links. If you buy something through one of these links, we may earn an affiliate commission.