Magic Leap One: All the things we still don’t know 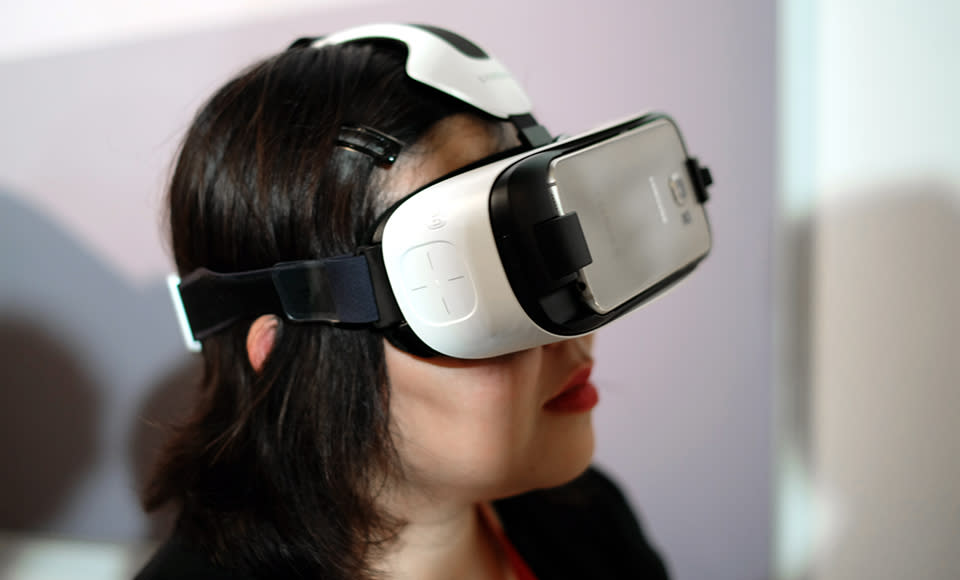 Virtual reality has unlimited potential, but it could make you sick. Stanford researchers are trying to solve that problem by tapping another new tech, light-field cameras. You see, VR devices can cause fatigue and nausea because of the "flat plane" 3D images they produce. Since those images don't contain any depth information, your eyes can't focus on near and far objects like you would in real life. Our brains want physical actions (like focusing) to jibe with what we see, so any disconnect can make us sick. And if companies can't solve this "VR sickness," the tech may go the way of 3D TVs.

The Stanford team found a clever way to make your eyes focus inside its device. Using the same principal as a "light-field" camera like the Lytro, but in reverse, they built a headset that has transparent LCD panels stacked in layers, which each layer representing a light field with the correct depth information. As shown in the video simulation (bottom) that helps your eyes to naturally shift focus between front and near objects. The researchers say their tech could let users immerse themselves in VR experiences for longer periods. (Oculus, for one, recommended last year that Rift users take breaks every 10 or 15 minutes.) They've only used 3D rendered images so far, but say that the product could also work with cinematic content shot on a Lytro Illum or similar camera.

Before any of that can happen, however, there's still a lot of work to do. The extra images required for light-field effects cause "rendering times to grow quadratically," according to the paper. The stacked display will also need to be brighter and have more resolution to reduce artifacts like diffraction. Still, the idea of using a new tech like light-field to fix a different new tech is intriguing, and we might hear more about it when the consumer VR gold rush starts.

In this article: Light Field, Lytro, Nausea, Stanford, video, Virtual Reality, VR
All products recommended by Engadget are selected by our editorial team, independent of our parent company. Some of our stories include affiliate links. If you buy something through one of these links, we may earn an affiliate commission.