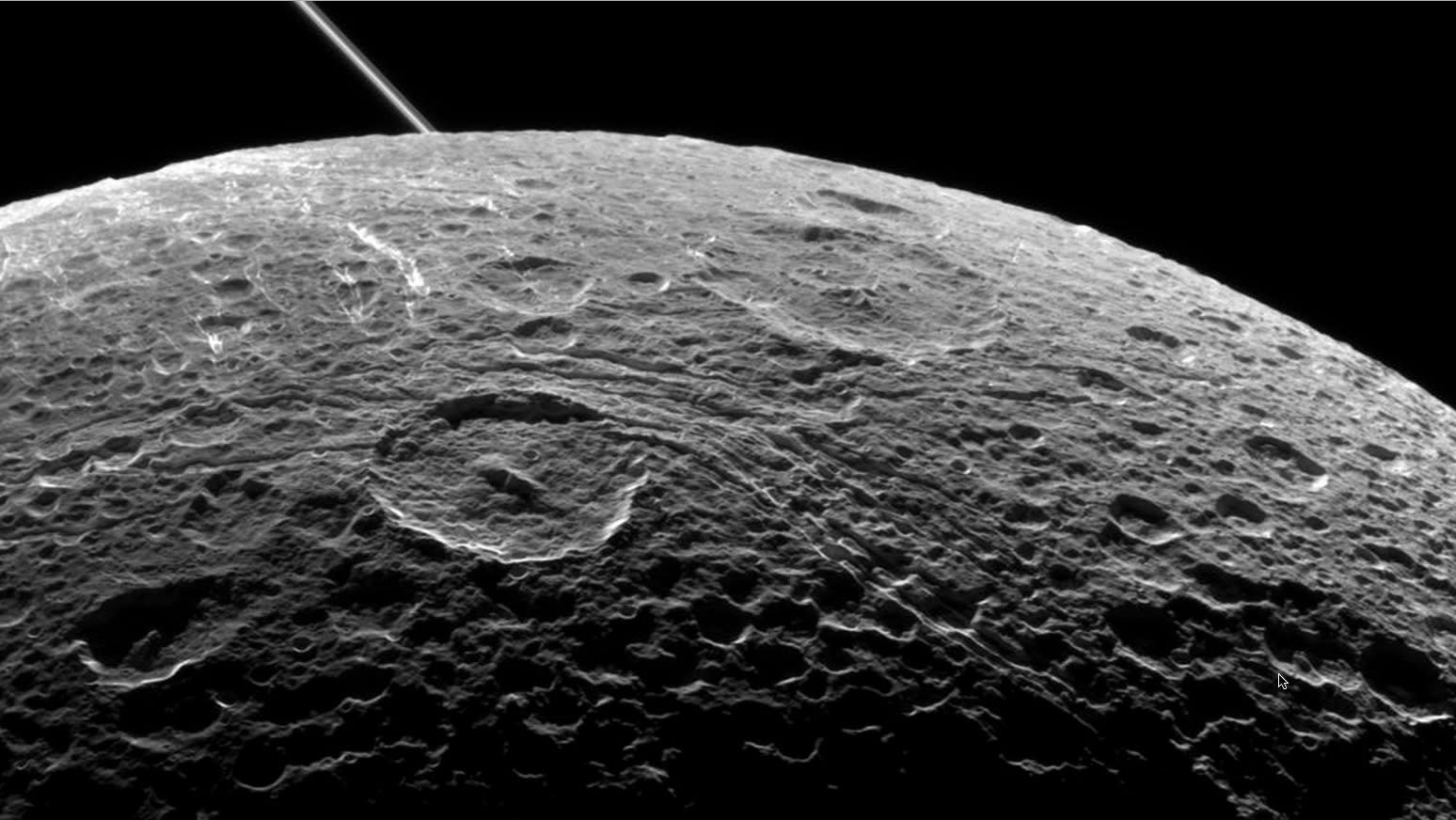 NASA today released a new image of Dione, one of Saturn's many moons, as the spacecraft responsible for the shots moved into the next phases of its assignment. The visible light photograph displays the many craters and ice cliffs on Dione's surface. The Cassini spacecraft, named for the Italian astronomer who discovered Dione in 1684, has been touring Saturn and its many moons for the last 11 years and has already produced dozens of stunning pictures. Most recently, it completed five flybys of Dione, with the fifth at only 295 miles --the closest distance of the bunch.

This final pass is of particular interest to NASA scientists, who hope that the images of Dione's north pole will be able to confirm geological activity. The third-densest of Saturn's 62 moons, Dione is composed primarily of water ice; scientists have seen hints of "active geologic processes" on the moon including a transient atmosphere and evidence of ice volcanoes. Next up, Cassini will begin year-long preparations for its final project which involve it diving repeatedly through the space between Saturn and its rings.

In this article: CassiniSpacecraft, dione, nasa, saturn, space
All products recommended by Engadget are selected by our editorial team, independent of our parent company. Some of our stories include affiliate links. If you buy something through one of these links, we may earn an affiliate commission.