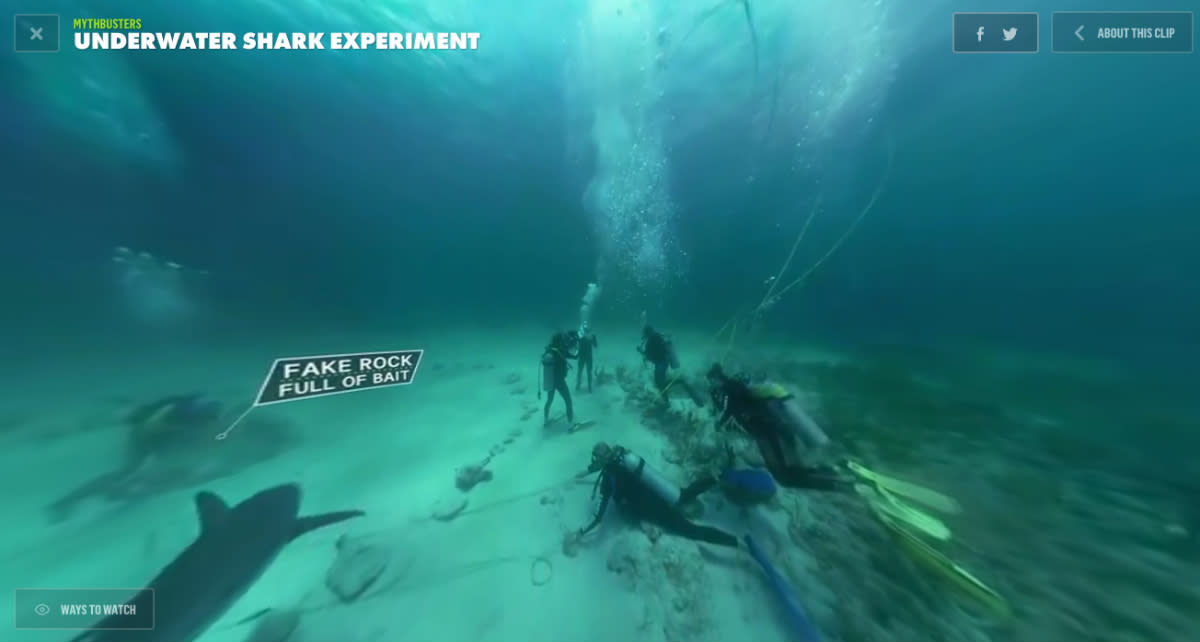 Discovery hasn't jumped the shark yet, but it's definitely gotten really, really close to a few ferocious sea beasts. Discovery VR is the company's new foray into virtual reality and 360-degree experiences, and it begins with a series of short-form, shark-infested videos from Mythbusters. It also launches with Gold Rush and Survivorman spin-offs, showcases of freeboarding and surfing, and tours through California's Half Moon Bay and Muir Woods. We first heard about Discovery shooting Mythbusters and other shows in VR back in May. The Discovery VR videos can be viewed online, via mobile apps for iOS and Android, and in Google Cardboard or Samsung Gear VR. Oculus support is "coming soon," though probably not before the Rift actually launches in Q1 2016.

In this article: av, discovery, discoveryvr, sharks, timeline16vrtour, tv, VirtualReality, vr
All products recommended by Engadget are selected by our editorial team, independent of our parent company. Some of our stories include affiliate links. If you buy something through one of these links, we may earn an affiliate commission.