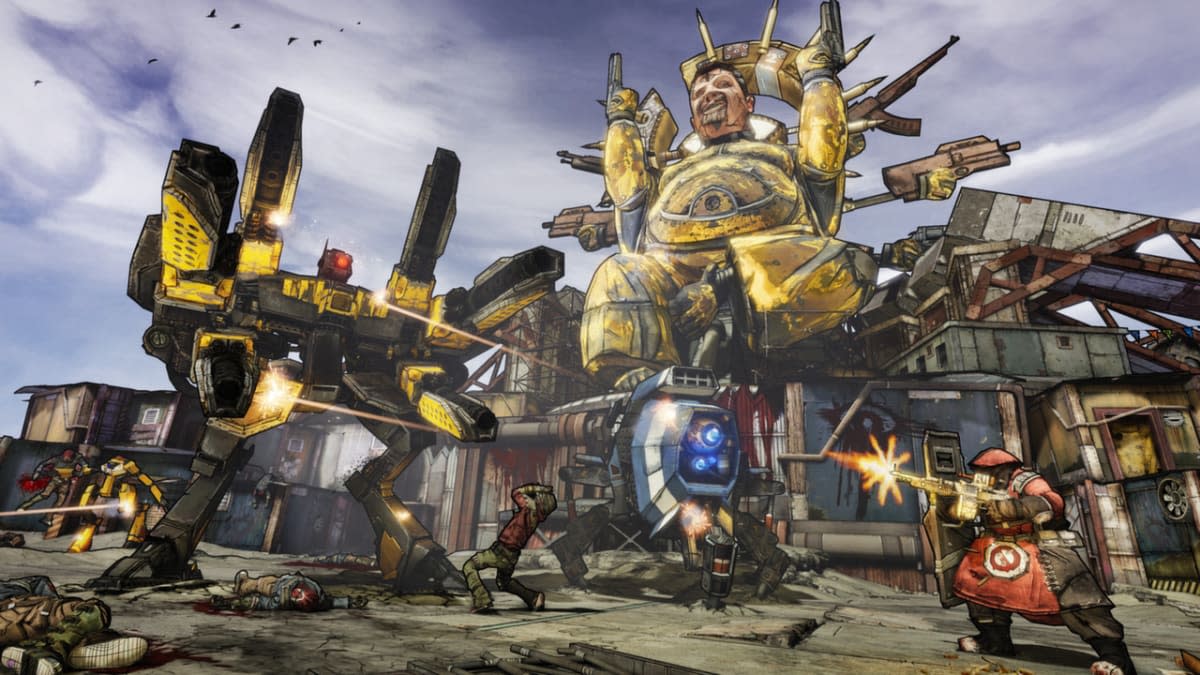 Lionsgate and two long-time Marvel producers are working on a Borderlands movie and, no, it's not called Mad Max. Lionsgate is the production company behind Twilight, The Hunger Games, Ender's Game, Warm Bodies and tons of other mainstream flicks, while producers Ari and Avi Arad have worked on the Iron Man, X-Men, Spider-Man and Amazing Spider-Man franchises. Borderlands is a massively popular sci-fi action series that debuted in 2009 under the direction of Gearbox Software and Take-Two Interactive. It takes place on Pandora, an abandoned mining planet, and the games involve crass humor, alien beasts, a class-based RPG system a ridiculous number of guns (16 million, in fact).

In May 2014, Lionsgate hired former Nerdist Industries CEO Peter Levin as president of interactive ventures and games, and he's one reason the Borderlands deal was greenlit, Lionsgate Co-Chairs Rob Friedman and Patrick Wachsberger say in a statement obtained by Vanity Fair. They also offer a hint as to the direction of the Borderlands film:

"The Borderlands games don't pull any punches, and we'll make the movie with the same in-your-face attitude that has made the series a blockbuster mega-franchise."

It's official. #Borderlands is getting a movie! Details: http://t.co/KW1CCzR7Rt pic.twitter.com/DGrmt5Fte4

In this article: av, borderlands, film, hdpostcross, lionsgate+films, movie, movies, timeline16gamemovie
All products recommended by Engadget are selected by our editorial team, independent of our parent company. Some of our stories include affiliate links. If you buy something through one of these links, we may earn an affiliate commission.