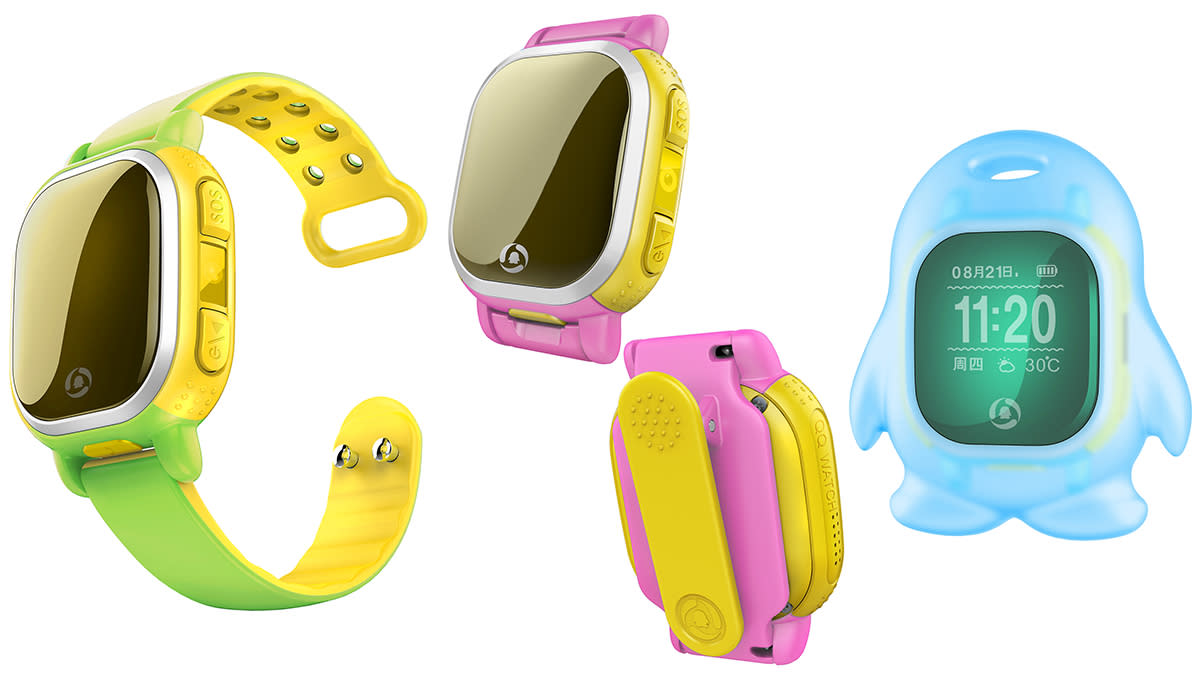 While there are already a handful of connected wearables for kids in the market, here's one with a more complete set of features. Courtesy of Chinese tech giant Tencent, this QQ Watch comes with a 1.12-inch 128 x 128 OLED screen, IP65 ruggedness, an SOS call button and its very own 2G radio. More importantly, though, the tracking functionality uses GPS, WiFi and cellular triangulation simultaneously for higher accuracy. There's even a 0.3-megapixel camera on board, and since the watch can be hooked up to WeChat, lost kids can send photos to their parents as an extra clue for locating them. Battery life? It's good for up to five days, apparently, after which you can charge up the watch with its magnetic connector. There's no word on the pricing just yet, but a company rep said it'll be "very affordable," and it'll launch in China in October, followed by global rollout before end of the year.

In this article: children, china, kid, location, monitor, monitoring, qqwatch, smartwatch, tencent, TL16KDWR, tracking, watch, wechat
All products recommended by Engadget are selected by our editorial team, independent of our parent company. Some of our stories include affiliate links. If you buy something through one of these links, we may earn an affiliate commission.