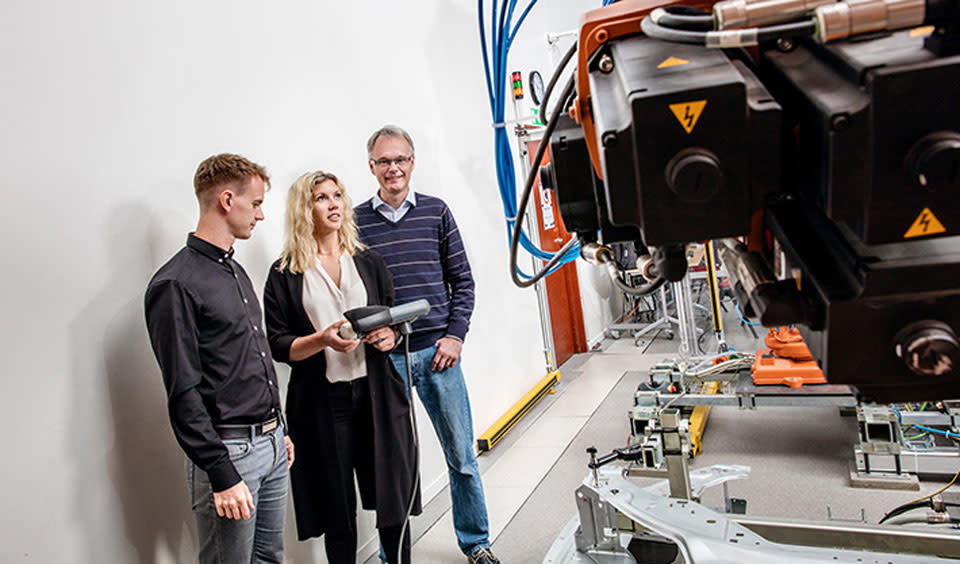 Eliminating the herky-jerky movements of robots isn't just good for comforting nervous humans... it helps the robots, too. Researchers have developed smooth movement algorithms that slow the acceleration and deceleration of robots, saving as much as 40 percent of the energy they'd normally use. The trick is to order tasks in a way that lets robots move at their own pace without colliding into each other. Factory robots typically rush through tasks in a rigid order, only to wait for their fellow automatons to catch up. Here, they're more flexible as to when and how quickly they get things done.

You may see these more graceful robotics sooner than you think. General Motors is one of the partners in the project, and it has a vested interest in saving as much energy as it can. Robots use roughly half of the electricity at a vehicle assembly plant -- if GM can save a lot of money using nothing more than code, you know it's going to leap on that opportunity. While it'll likely take a long time before robots ship with smoother movements from the get-go, it won't be surprising if the underlying algorithms eventually become ubiquitous.

In this article: algorithm, chalmers, ChalmersUniversity, factory, generalmotors, gm, robot, robotics, science, video
All products recommended by Engadget are selected by our editorial team, independent of our parent company. Some of our stories include affiliate links. If you buy something through one of these links, we may earn an affiliate commission.