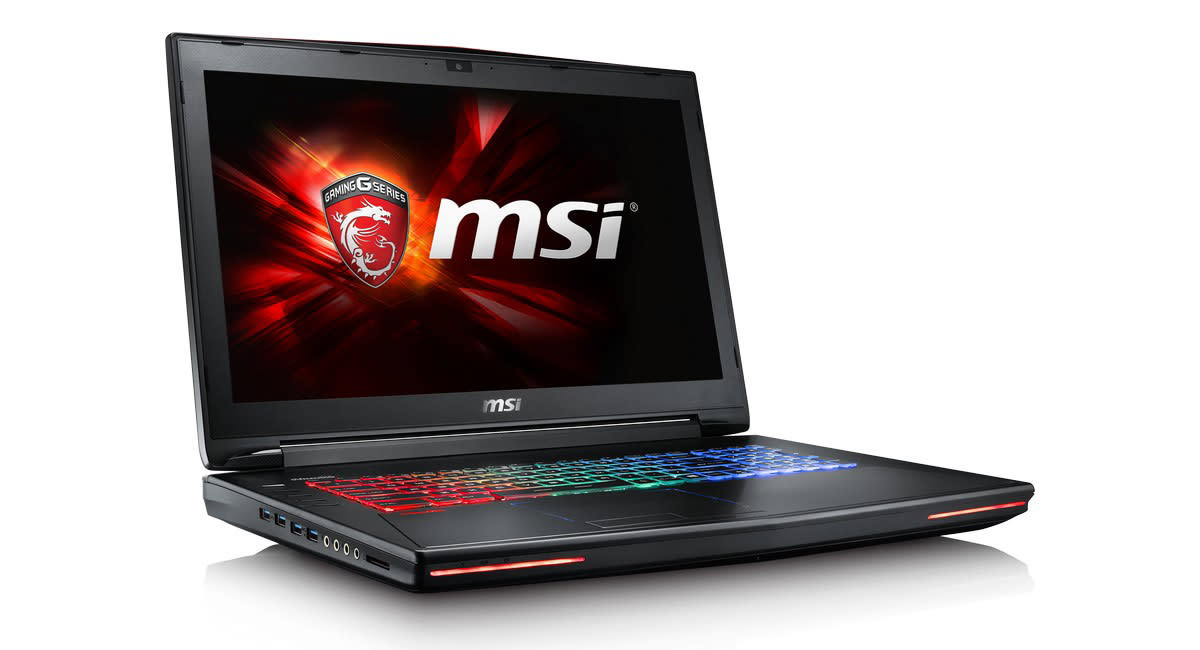 With Intel's new Skylake processor inbound, it was only natural that gaming notebook manufacturers would jump on board to offer this latest boost to their machines. MSI is no exception, kitting out a few of their existing machines with the 6th-generation processor. If the promise of a CPU that can be overclocked 30 percent higher isn't enough to entice you, there are plenty of other new goodies packed into the lineup that might be worth the ding to your bank account.

The machines getting a boost include the heavy-hitting GT72 Dominator Pro G, the thin and light GS70 Stealth and GS60 Ghost, and the GE62 and GE72 Apache Pro. The number four features prominently in some of the upgrades: the new lineup will support Super RAID 4 for the SSD drives, and the RAM is DDR4 (with a speed increase of up to 40 percent). Elsewhere, the graphics cards have been bumped to the newer GeForce GTX 980M or 970M.

But MSI isn't just trying to make their machines faster; the company's trying to make your gaming experience objectively better as well. The displays are using sRGB for more vibrant colors and they support wide 178 degree viewing angles. The sound is clearer and more immersive, thanks to the included Nahimic audio software. Nahimic got its start in aircraft simulators used by the French army, though it'll probably do just fine in non-sim games as well -- especially paired with the new support for hi-res audio via FLAC.

The chassis have gotten a boost, too. While it isn't anything as crazy as the full-blown mechanical keyboard on the GT80 Titan, the other G Series machines sport SteelSeries keyboards with improved backlighting, so whatever crazy lighting scheme you set up will be brighter without hurting your eyes. But the biggest change on the outside is probably the addition of SuperPort to the GT72 and GS60. You'll get power, USB 3.1 and even video output to two 4K 60Hz displays if the built-in panel isn't cutting it for you. And, while not every MSI machine is getting a SuperPort, you can still expect to see Type-C implemented in some manner across the lineup.

In this article: gaming, GE62, GE72, GS60, GS70, GT72, laptop, laptops, MSI, Nahimic, Skylake, SuperPort, Type-C
All products recommended by Engadget are selected by our editorial team, independent of our parent company. Some of our stories include affiliate links. If you buy something through one of these links, we may earn an affiliate commission.