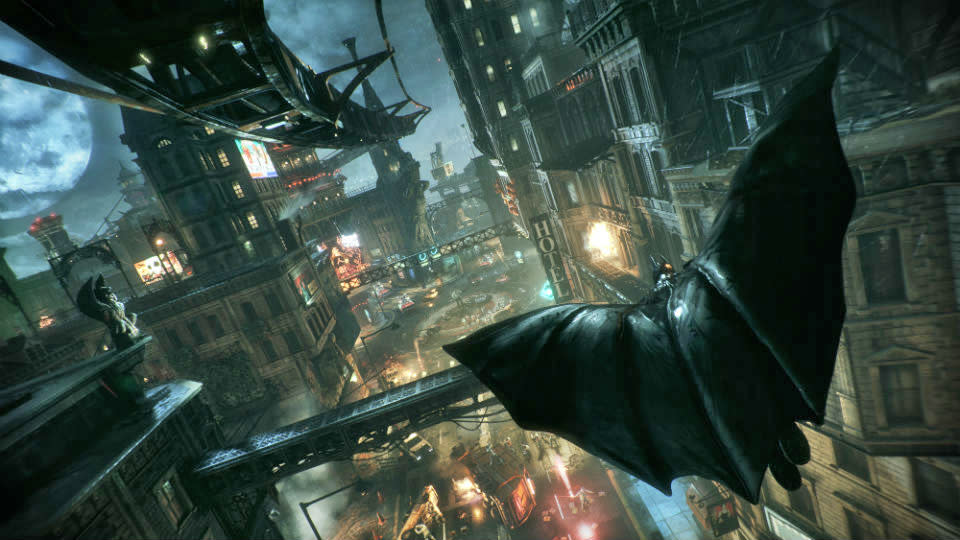 Batman: Arkham Knight was supposed to be the perfect swansong for Rocksteady's Dark Knight trilogy. While the game was received positively on PS4 and Xbox One, the PC version was a mess -- so bad, in fact, that Warner Bros. eventually pulled it completely. That was in June and only now, 10 weeks later, are PC players getting a patch that should fix the most glaring issues. The new update claims to solve the game's fluctuating frame rate, while also improving its overall performance on all GPUs. Warner Bros. says it'll also remedy any low resolution textures and add a deeper set of in-game settings for you to play with. If you were hoping to buy the game now that's in a better state, bad news -- Arkham Knight is still unavailable to purchase on Steam. Perhaps that's an indication of where the game now stands -- better than before, but still a little way from what PC players deserve.

In this article: arkhamknight, batman, batmanarkhamknight, BrokenGame, patch, pc, PcGaming, rocksteady, steam, WarnerBros
All products recommended by Engadget are selected by our editorial team, independent of our parent company. Some of our stories include affiliate links. If you buy something through one of these links, we may earn an affiliate commission.