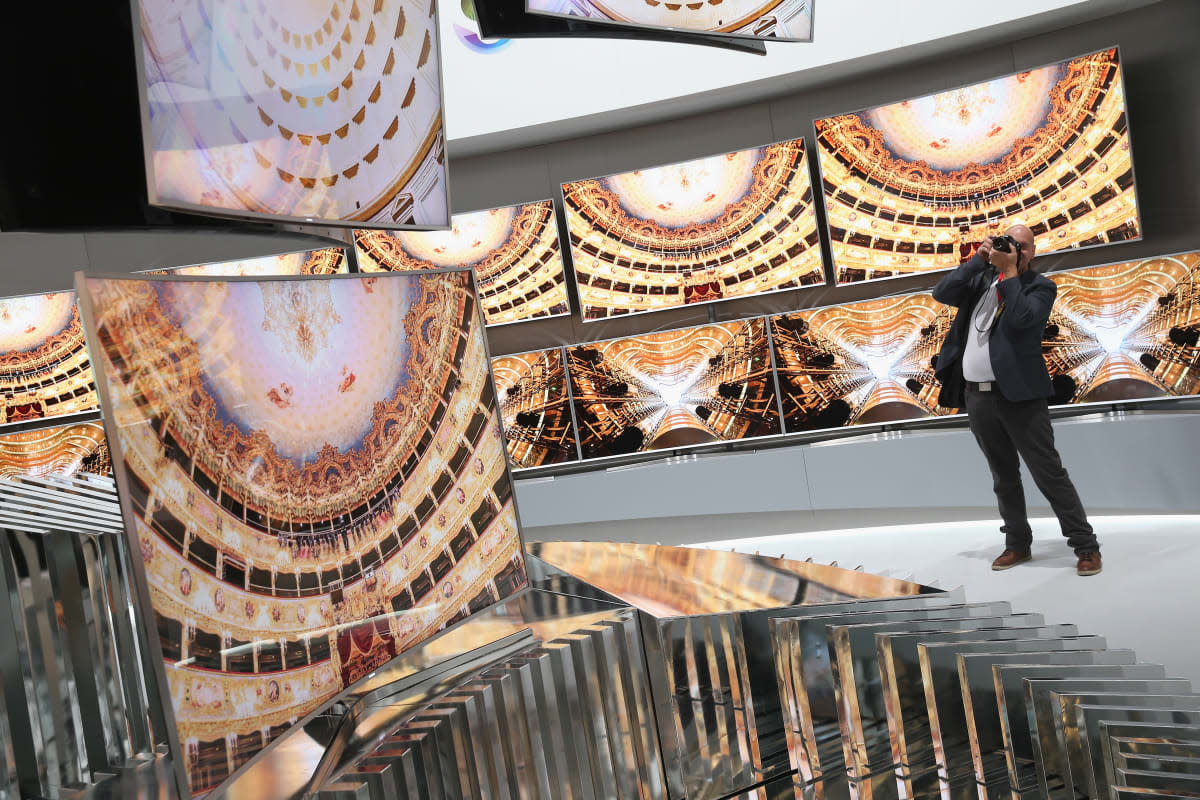 The cardinal rule of technology is simple: It must never, ever, under any circumstances, be boring. The engine that motivates consumers to spend hundreds, if not thousands of dollars on a device that's not essential to furthering our lives is all down to the excitement it gives us. That's why IFA 2015, Europe's buttoned-down equivalent to Las Vegas' Consumer Electronics Show, has proved to be a disappointment. The event has been marked by risk-averse and conservative product showcases -- a sentiment that may sound whiny and entitled coming from a member of the tech press, but it's not meant to be. If companies can't create compelling, must-have products, then they simply won't survive. The existential threat these tech companies face is two-fold: consumer apathy and content with the status quo. For most consumers, innovation takes a back seat to products that are merely "good enough."

There may not be an average tech consumer, per se, but we can look at the popularity of topics covered on this site to glean insight into some common behaviors. For instance, they use social media on mobile in the form of Facebook, Instagram or Twitter and spend increasingly large amounts of time watching streaming video. The trend of "cord-cutting" isn't the sole province of 16-to 30-year-olds anymore, as streaming media is becoming common with other demographics, too. Whether that media is consumed at 720p or 1080p resolution doesn't quite matter as our hypothetical consumer probably can't even tell the difference. They're not buying more expensive subscriptions to Tidal's high-quality streaming-music service, either, and seem to be reasonably happy with Spotify's adequate default bit rate (i.e., 96 kbps for mobile/160 kbps for desktop). As such, they've likely overlooked innovations the tech industry has trumpeted as game changing in years past.

If you're looking for proof, you need only consider the curious case of 3D TVs. Back in 2010, the format was heralded as the next big thing by the likes of Sony, Samsung and Panasonic. And yet, here in 2015, we've moved on to talk about 4K/UHD, with the prior standard having been virtually abandoned by its former champions. There are countless reasons as to why 3D flopped, including the high cost of the hardware and the availability of compatible content, as well as the new production methods that it required. Unfortunately, it was a bit of a vicious circle with consumers refusing to adopt new 3D TVs and companies refusing to invest in the format until there was sufficient adoption. And so the whole thing died. Tellingly, 4K has already been superseded by the arrival of OLED 4K displays with HDR. And even that fresh standard's set to expire with the looming threat of 8K on the horizon. I'd be lying if I said these current 4K HDR sets aren't beautiful; they are -- from the hardware design all the way through to the picture. But I can't imagine telling someone to spend thousands of dollars on one of these units, as there's not yet enough content to justify the purchase. The other problem with launching a new standard like 4K is that companies must convince consumers who've already invested in the status quo to upgrade their existing content libraries.

There's a memorable scene in the film Men in Black where, when discussing a tiny disc that's designed to replace CDs, Tommy Lee Jones' character Agent K says, "I guess I'll have to buy the [Beatles'] White Album again." The physical media future that film predicted never arrived -- mostly because of the internet. With the arrival of widespread broadband connections, came the advent of digital piracy. Or, barring that, consumers that were content to merely rip their CDs to the MP3 format. It's the problem that high-resolution audio was designed to solve. The reality, as tech columnist David Pogue (amongst others) has demonstrated, is that, much like with subtle differences in HD video, consumers often can't discern the qualitative difference between SD and Hi-Res sound.

"Technology can't be boring. It has to excite us by promising to make our lives better and more efficient."

Despite this, Sony is hoping to create demand for high-resolution audio with its new range of h.ear audio gear. CEO Kaz Hirai even dedicated a portion of his IFA keynote to praising the technology's benefits. He went on to say that in a private, blind "taste test," consumers overwhelmingly preferred Hi-Res music to its lower-quality predecessor. That's not really breaking news, however, since I doubt many people would knowingly opt to eat Arby's if given the chance to dine at a four-star restaurant. The problem here isn't one of taste, but economics: Replacing your music collection and audio equipment with high-resolution gear is expensive and the benefits of doing so are still unclear. Sony's Hi-Res audio gamble is just that -- a gamble. Not even Neil Young, with his music industry clout, can stir up enough interest in his ailing Hi-Res audio company Pono to expand its market reach.

That brings us to Sony's buzzworthy Xperia Z5 Premium, a smartphone that comes with a 5.5-inch 4K display. Now, a 4K display on a smartphone sounds cool in print, but is there any practical reason as to why you need one right now? In the future, if commercial smartphone-based VR is popularized, then sure. But as a recent article on Gizmodo highlighted, the human eye's incapable of discerning granular detail beyond the 300 ppi mark. If that's the case, then the 806 ppi on the Z5 Premium is overkill; a gimmick that'll only serve to reduce battery life, the smartphone feature consumers require most. Technology, as we've established, can't be boring. It has to excite us, and it does that by promising to make our lives better and more efficient. A 4K TV doesn't do that -- it's just a technical improvement on the flat-screen HDTVs you already have. A 4K smartphone doesn't improve the quality of your browsing experience, nor does it make Instagram pictures any greater. If you already have a music collection in your life, you're not going to be demonstrably happier if you listen to it in Hi-Res rather than Spotify or MP3s.

Instead, these companies need to look toward innovations that can actually make the human experience more enjoyable. The first smartphones did this by opening up the internet in all of its glory; the first portable music players freed us from having to carry around physical media; wearables promise to make us healthier; and the Internet of Things paves the way for a fully automated home. Genuine usefulness is what these companies need to focus on because simply adding another layer of gloss on what already exists is simply not good enough.

In this article: 4K, 4ksmartphone, 4kTv, editorial, hdpostcross, IFA2015, LG, Samsung, Sony, uk-feature, XperiaZ5Premium
All products recommended by Engadget are selected by our editorial team, independent of our parent company. Some of our stories include affiliate links. If you buy something through one of these links, we may earn an affiliate commission.