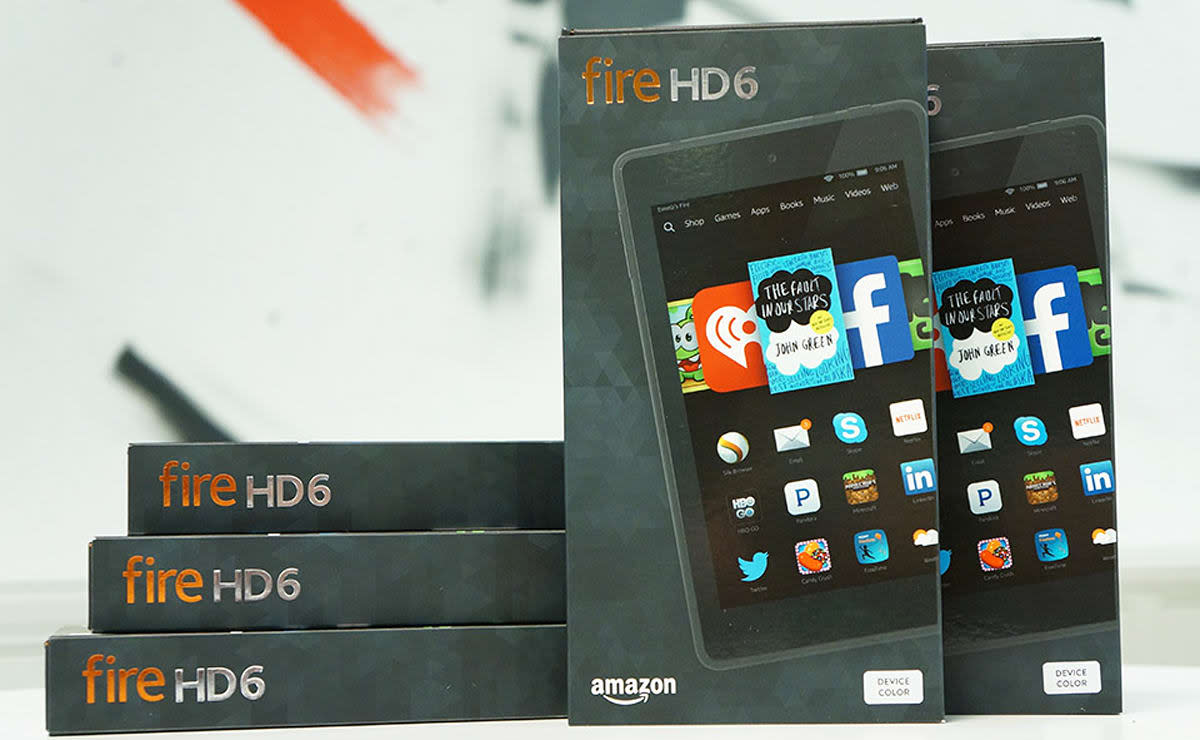 Amazon is launching a new 6-inch tablet in time for the holidays, according to The Wall Street Journal, and its main selling point will apparently be its rock-bottom pricing: $50. The company's Fire HD 6 tablet costs twice as much with advertisements, so one has to wonder what its specs list will look like. It's worth noting that Amazon was forced to price its current Kindle and Fire tablet models higher than $50 -- Bezos' target retail price for them -- due to the cost of their components. That said, the device could be meant for people who want sort of a throwaway tablet for simple tasks like looking up recipes in the kitchen or for online shopping. After all, tablets at that price point typically have low-res screens, small storage spaces or poor battery life.

The WSJ says the device will be around half an inch bigger than the iPhone 6 Plus, but it won't have the capability to make voice calls. Also, it's reportedly just the first in a three-product line the company's releasing this year, with the other two being an 8-inch and a 10-inch tablet. Previously, the publication reported that Amazon was working on a 14-inch tablet, as well, but it had to be shelved due to the Fire phone's failure to sell. The company also had to put a stop to the development of a few more interesting projects by its hardware facility called Lab126, including a projector and a smart stylus.

Amazon to begin selling a $50 tablet with 6-inch screen in time for the holidays - Dow Jones, quoting sources

In this article: amazon, AmazonFire, mobilepostcross, tablet
All products recommended by Engadget are selected by our editorial team, independent of our parent company. Some of our stories include affiliate links. If you buy something through one of these links, we may earn an affiliate commission.