Huawei's fight to fix its image and conquer the smartphone world 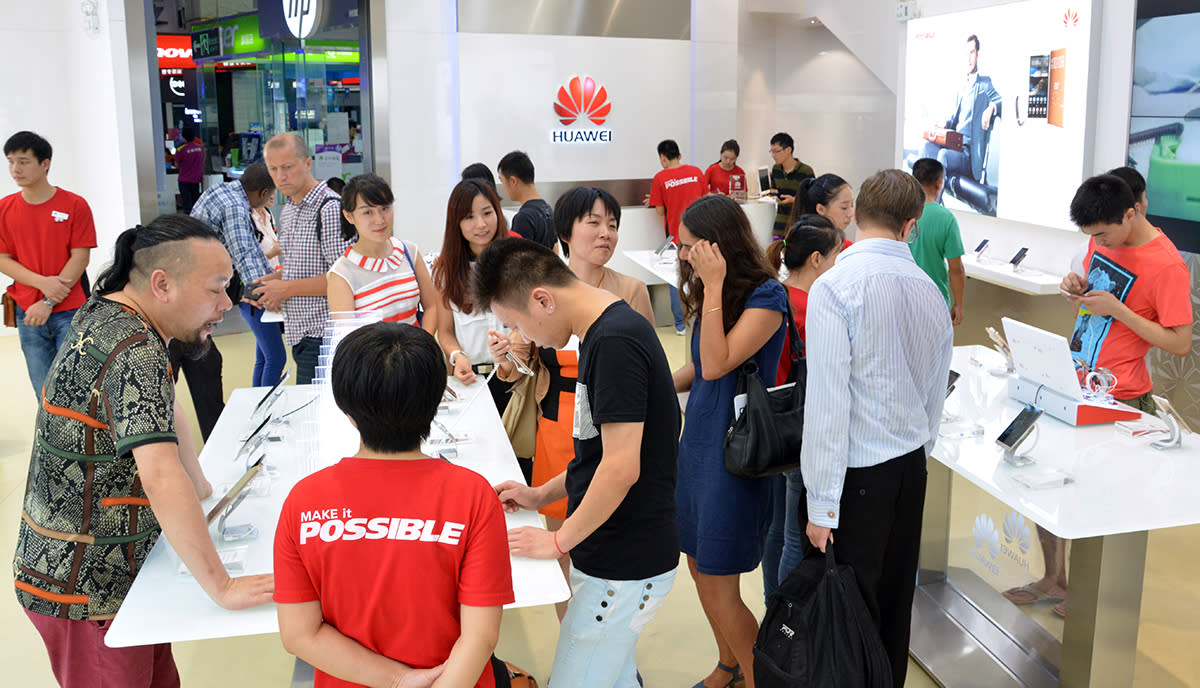 "Man, China gets all the good phones."

This is the kind of comment we've been hearing a lot lately. But, very few of those Chinese smartphones make it to Western markets. Besides, some folks remain skeptical of Chinese smartphones -- either due to bad experience in the past or because of fears over spying by the Chinese government. Huawei in particular has taken quite a bit of heat, with the spotlight set on its founder, Ren Zhengfei, who served in the People's Liberation Army until 1983. Yet Ren has explained -- more than once -- that he was just an Engineering Corps officer who helped set up a synthetic fiber factory to tackle the country's clothing shortage, and his team was disbanded soon after completion. But that hasn't satisfied everyone and, as the world's third-largest smartphone maker plus one of the largest telecom equipment vendors, Huawei needs to prove its critics wrong.

Ren established Huawei in 1988 and started importing cheap network equipment from Hong Kong. Eventually, the company began making its own products and saw tremendous growth towards the end of the 90s. But it wasn't until 2003 when it finally started making its own mobile phones. Today's Huawei has grown well beyond China. It's the first Chinese firm to break into Interbrand's list of top 100 global brands, ranking at number 94 -- sandwiched between Corona and Heineken. In terms of money, about two-thirds of the smartphone revenue came from overseas, so it must be doing something right. Frankie Yu, Huawei's head of mobile product planning, pointed out that his company's mid- to top-range smartphones do very well in developed countries like Spain, Italy and Belgium. This is mainly due to Huawei's well-established relationship with the carriers there. Interestingly, Yu said these were the European regions that saw the highest demand for Huawei's phablets, so the company's early adoption of large mobile screens -- like on the Mate series -- paid off.

Like Samsung and Apple, Huawei is one of the few smartphone makers that designs its own chipsets, but it took a while before these found their footing performance-wise. Yu said that when his clients picked components for their Huawei phones two years ago, they were less keen on HiSilicon chips. That's less of an issue these days, as the latest octa-core offerings are comparable to their competitors. Most notably, they already come with integrated LTE Cat 6 radio, which has a download speed of up to 300 Mbps. That puts it a little behind Qualcomm, which already has Cat 9, but a little ahead of MediaTek. A series of SMT machines at Huawei's Dongguan smartphone factory.

Like most other brands, Huawei outsources some of its smartphone production, leaving just its P and Mate flagship series in its own hands. At Huawei's Dongguan factory, a single 24-hour workshop there -- eight hours per shift -- can churn out about one million units per month. And a single production line can make about 1,200 Mate 7 phablets each day. Even though a smartphone has roughly 1,000 parts these days, it'd only take 15 minutes to modify a production line for a different model, provided that all the materials are ready.

The production process is pretty standard: Load blank logic boards onto the belt, coat their contact points with solder, place the tiny components onto the them, bake them, assemble the remaining parts, flash the software and finally package the devices. The real differentiator between companies these days is the amount of automation implemented -- more robots mean faster, more precise operation. One of the more memorable quirks of Huawei's factory floor was the self-guided vehicles playing Chinese pop music while delivering components to workers when they start to run low. A worker operating an auto-screwdriving machine.

Thankfully, the robots haven't quite taken over the factory yet. Even though there are machines that tediously check every single element of the phones' hardware and software, Huawei still enlists the help of humans to do one last visual inspection before boxing them up. There are also others who help monitor a few assembly machines, especially those that glue the LCDs onto the phone's glass. Together, they make up a team of just 53 workers on a dual-track Mate 7 production line, which has helped reduce the manufacturing lead time -- the amount of time a product spends in the factory -- from eleven days to just four days within a year.

Huawei has a device reliability lab in Shenzhen that picks out random samples for a series of tests. Most of these are pretty common in the industry, like the connector durability test, tumbling barrel test and even a back pocket stress test -- it involves a big rubber stamp that repeatedly pushes down on a phone placed inside a denim pocket. The more hardcore stuff include the temperature shock test, salt water sauna test, solar radiation simulation and more. According to a technician, the smartphone that's performed the best in his lab so far is the yet-to-be-announced P9, so that's something to look forward to. Not even Huawei's Mobile Design Vice President, Joonsuh Kim, could resist mentioning the upcoming device. "I can guarantee you, for sure, that the P9 will be very surprising."

Prior to joining Huawei in November 2012, Kim worked his way up to the design director rank during his eight year stint at Samsung Mobile. He was approached by Huawei's headhunters, which led to a half-hour interview with CEO Richard Yu that ended up lasting for two hours, followed by an extra four-hour session the next day. It was as if Yu had found his new best friend.

Today, Kim is based in the design center at Huawei's Shanghai campus and works primarily on smartphones -- with the latest ones being the P8 and the Mate S. Together with 25-year design veteran Anthony Smith, the two manage over 200 designers across the globe. One of the most recent additions being Ben Norton, a veteran of Fossil who is working on the swanky-looking Huawei Watch.

Despite the star-studded design team, there's still room for improvement. When Huawei unveiled the P8max back in April, many were quick to call out the striking resemblance between its "pixel cover" and HTC's Dot View Cover. Even the product render used the classic "10:08" clock display, which appears on most HTC products. When we questioned the phablet's chief designer about this, he defended it by pointing out that his cover uses leather for a more premium feel (with the trade-off being it doesn't support touch input), and that it doubles as a kickstand. Funnily enough, the Taiwanese man also added that he used to be a design consultant for HTC. A designer walking through the details on the P8max.

"I can guarantee you, for sure, that the P9 will be very surprising."

For Smith, this kind of "cross fertilization of ideas" is the norm. "The world is a big place and the space is big. I suppose we try to do the best job that we can in coming up with things that we think are fitting for what we do." In a separate interview session, though, Kim admitted that "it's not a desirable thing we did it," but he'll help his company go through this transition. It'll probably be at least half year before we see the results, but if the Huawei Nexus leaks are legit, then we'll have an even better litmus paper to test this Chinese brand's acceptance in the West.

In this article: anthonysmith, china, featured, features, frankieyu, gloryzhang, hisilicon, honor, huawei, interview, joonsuhkim, Kirin, Kirin930, mobilepostcross, p9, phone, smartphone, TommiLaineYlijoki
All products recommended by Engadget are selected by our editorial team, independent of our parent company. Some of our stories include affiliate links. If you buy something through one of these links, we may earn an affiliate commission.