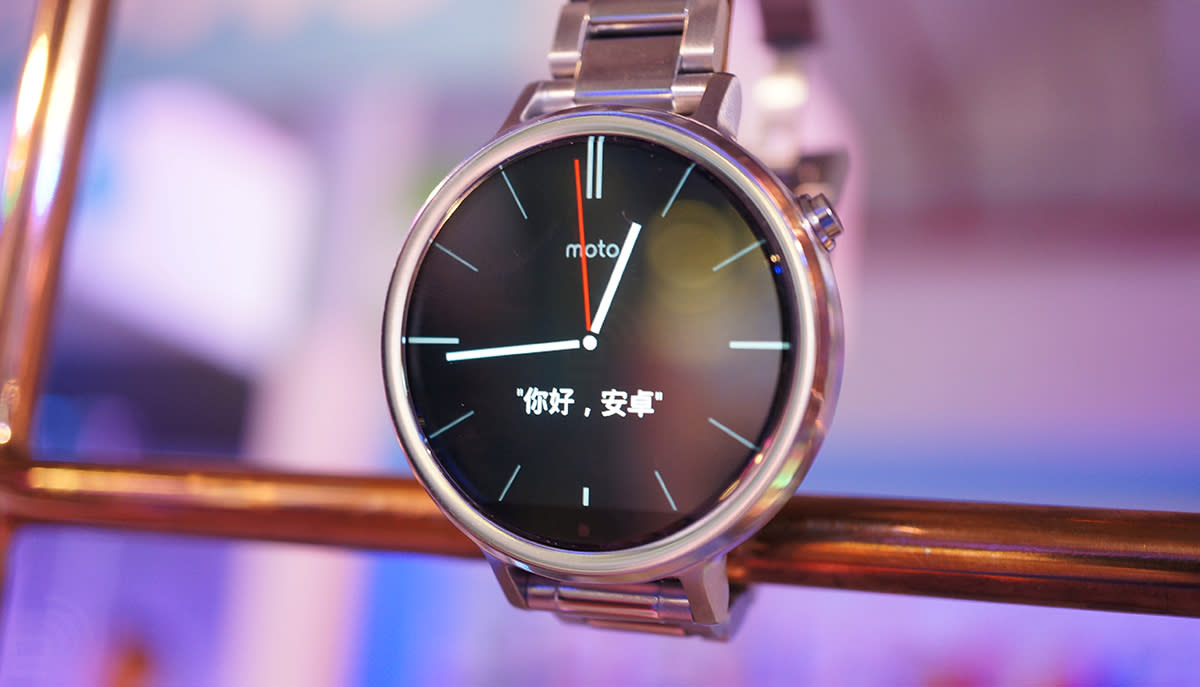 Android Wear smartwatches have been available in many places for a while, but not China -- the platform's dependencies on Google Play and Google Now weren't going to fly when Google refuses to offer some services in the censorship-heavy country. Motorola isn't deterred, however. It's releasing a version of the new Moto 360 in China with local services in place of their Google equivalents. Mobvoi will handle both search and voice recognition, third-party stores will offer apps and Sogou will handle navigation. It definitely won't represent the familiar Android Wear experience, but it will give Chinese Android fans a wearable option they haven't had before.

So why is Google willing to compromise on its historically tight control over Android Wear, especially when it isn't likely to make much if any money on Chinese sales? Google doesn't say much in its chat with The Verge on the subject, but this is likely about giving the platform a foothold that it wouldn't have otherwise. Unlike with phones, there hasn't been a version of Android Wear that China-focused manufacturers (like Motorola's parent, Lenovo) could use. If Google didn't bend, it would effectively hand the Chinese smartwatch market to Apple, Samsung and other companies that are either building their own platforms or creating decidedly unofficial Android watches. This sets a baseline where Google can deliver its core experience and push updates relatively frequently.

In this article: android, androidwear, china, gear, google, lenovo, mobile, mobilepostcross, mobvoi, moto360, motorola, smartwatch, sogou, TL18GLCH, wearable
All products recommended by Engadget are selected by our editorial team, independent of our parent company. Some of our stories include affiliate links. If you buy something through one of these links, we may earn an affiliate commission.