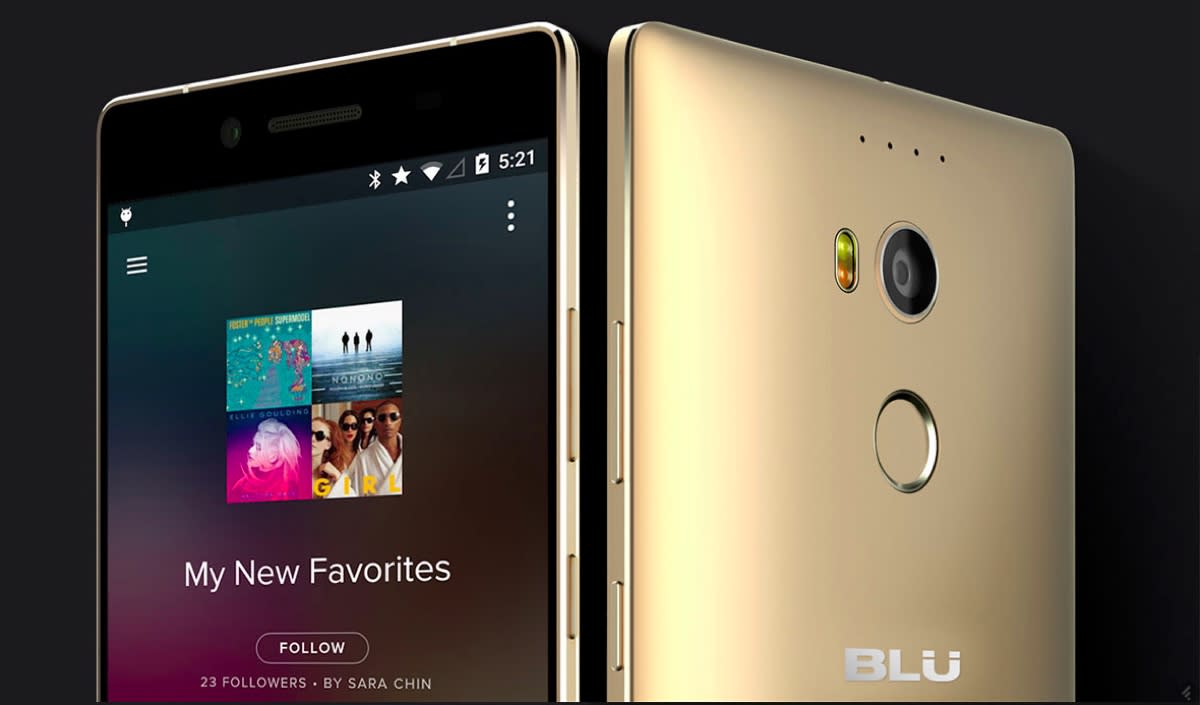 Blu's still trucking along with its feature-rich unlocked Android phones. The latest entry is the $349 Pure XL, a 6-inch behemoth sporting a quad-HD resolution on its Super AMOLED display and a beefy 24-megapixel camera. It also marks the debut of Mediatek's X10 octa-core chipset to the U.S. — the Pure XL's processor clocks in at 2GHz and it's buoyed by 3 gigabytes of RAM. Altogether, it's the most powerful device we've seen yet from Blu. And unlike past Blu phones, it's actually running the latest version of Android (5.1 Lollipop). While its design is fairly plain, its aluminum case should differentiate it from other cheap Android phones out there. With 64GB of storage and a fingerprint sensor on its rear, it also keeps up with some of the specs we're seeing in much more expensive phones these days. The Pure XL will support T-Mobile and AT&T's LTE networks, and it's also dual-SIM, which should make it great for traveling. You can nab one exclusively on Amazon starting on September 29.

In this article: Blu, mobilepostcross, PureXL
All products recommended by Engadget are selected by our editorial team, independent of our parent company. Some of our stories include affiliate links. If you buy something through one of these links, we may earn an affiliate commission.