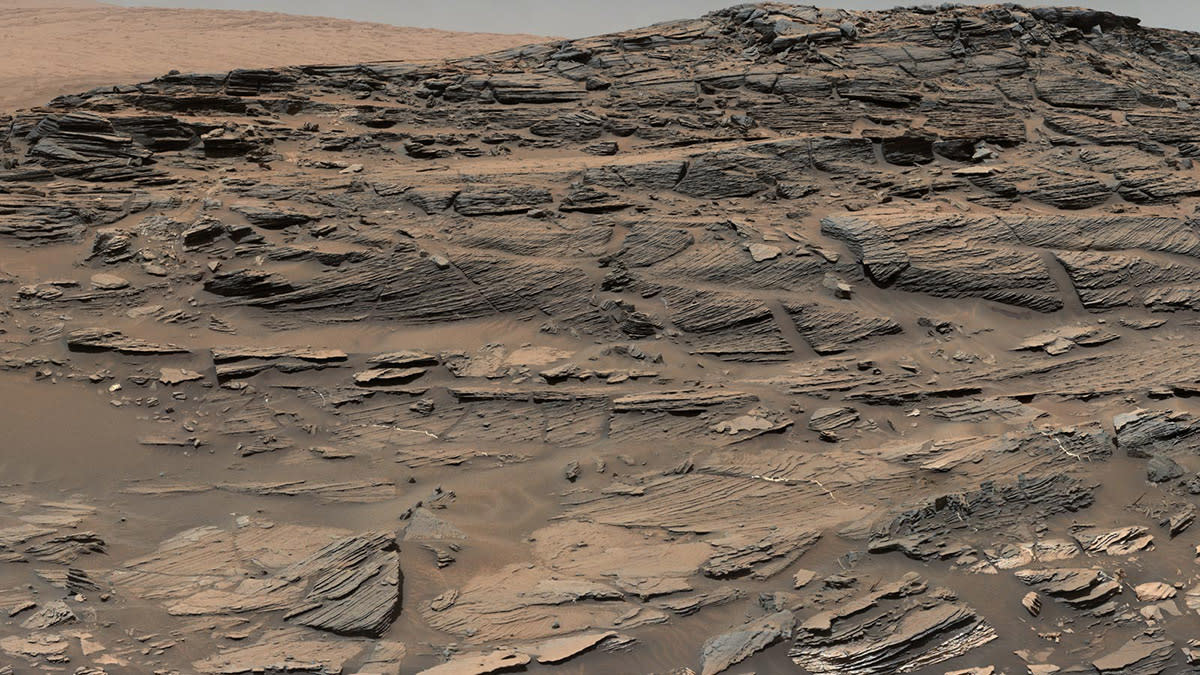 If you're the outdoorsy type, you might have already seen petrified sand dunes in person (in Utah, for instance) -- the photo above, however, isn't of a desert here on Earth. It's an image stitched together using several shots captured on August 27th by Curiosity rover's Mast Camera (Mastcam) on Mars. This sandstone formation originated as sand dunes formed by the wind, which eventually hardened and turned into rock. It's part of an area called the Stimson unit on Mount Sharp, which lies over a mudstone layer in what used to be a lake. The rover is investigating the location to determine how it changed from ancient times. This close-up image shows just a small part of the place, however: you can see the whole panorama NASA created on its website.

In this article: curiosity, mars, nasa, space
All products recommended by Engadget are selected by our editorial team, independent of our parent company. Some of our stories include affiliate links. If you buy something through one of these links, we may earn an affiliate commission.