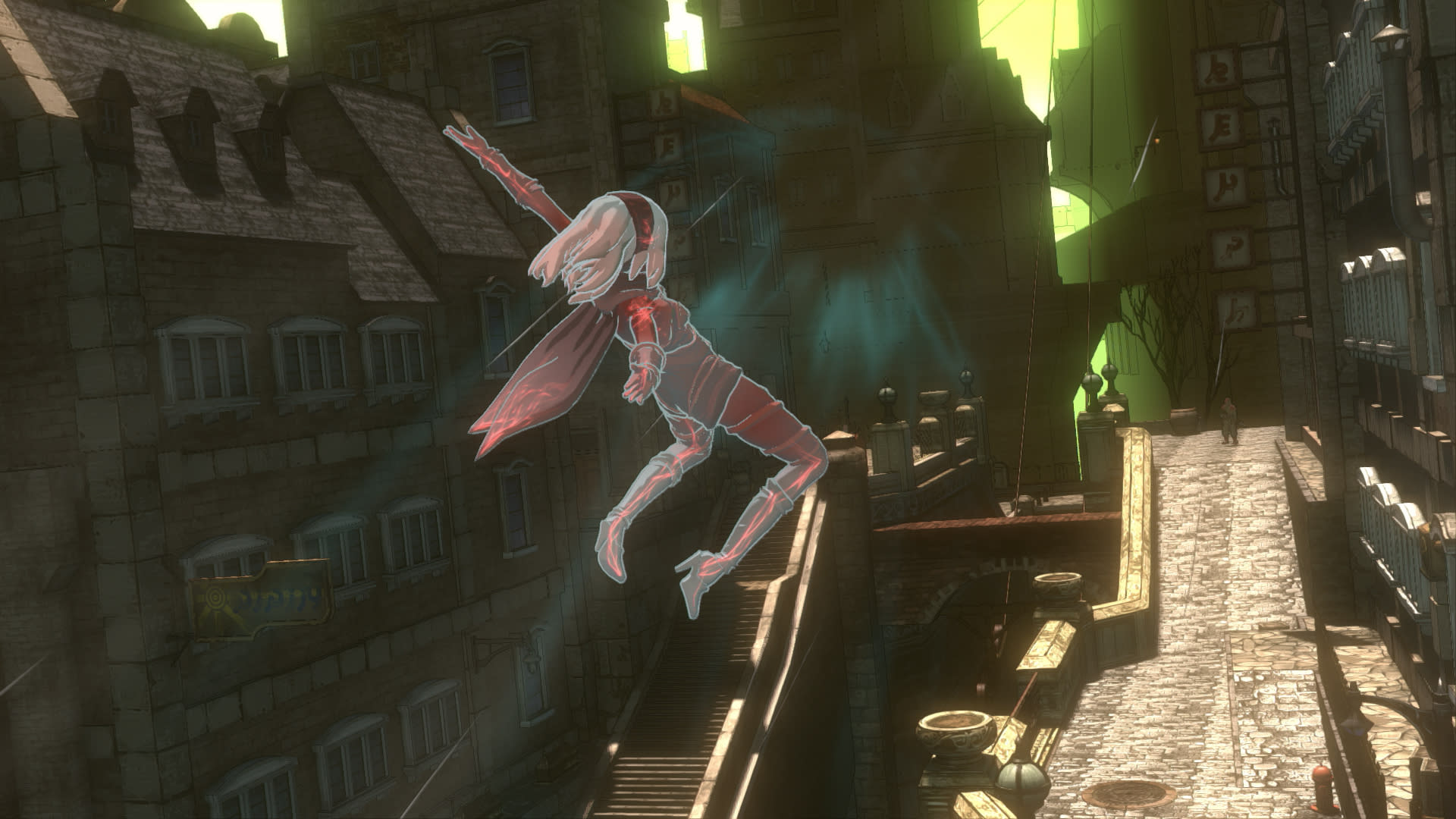 Gravity Rush leapt onto the PlayStation Vita in 2012, when the console was in desperate need of some "triple-A" titles to compliment its blossoming indie library. It was a beautiful game with a few novel gameplay mechanics -- to traverse the world and land on different objects, you were forced to jump in the air and pull gravity down in new, unusual directions. The handheld title was received favourably but, like Tearaway, never reached a large audience on the Vita -- so Sony is giving it the Unfolded treatment with a port-remaster-remake-thing on the PlayStation 4. It'll be coming out on December 10th in Japan -- no word yet on an international release -- followed by an all-new sequel called Gravity Daze 2 (the original was also called Gravity Daze in Japan) next year. For fans of Kat and her occasionally headache-inducing adventures, this is an unexpected treat from Sony.

Update: Gravity Rush Remastered, as it will be known in the West, hits the PlayStation 4 on February 9th in the US and February 10th in the UK, with all three DLC packs included.

In this article: gravitydaze, gravitydaze2, gravityrush, playstation4, playstationvita, ps4, psvita, sony, tgs2015, vita
All products recommended by Engadget are selected by our editorial team, independent of our parent company. Some of our stories include affiliate links. If you buy something through one of these links, we may earn an affiliate commission.