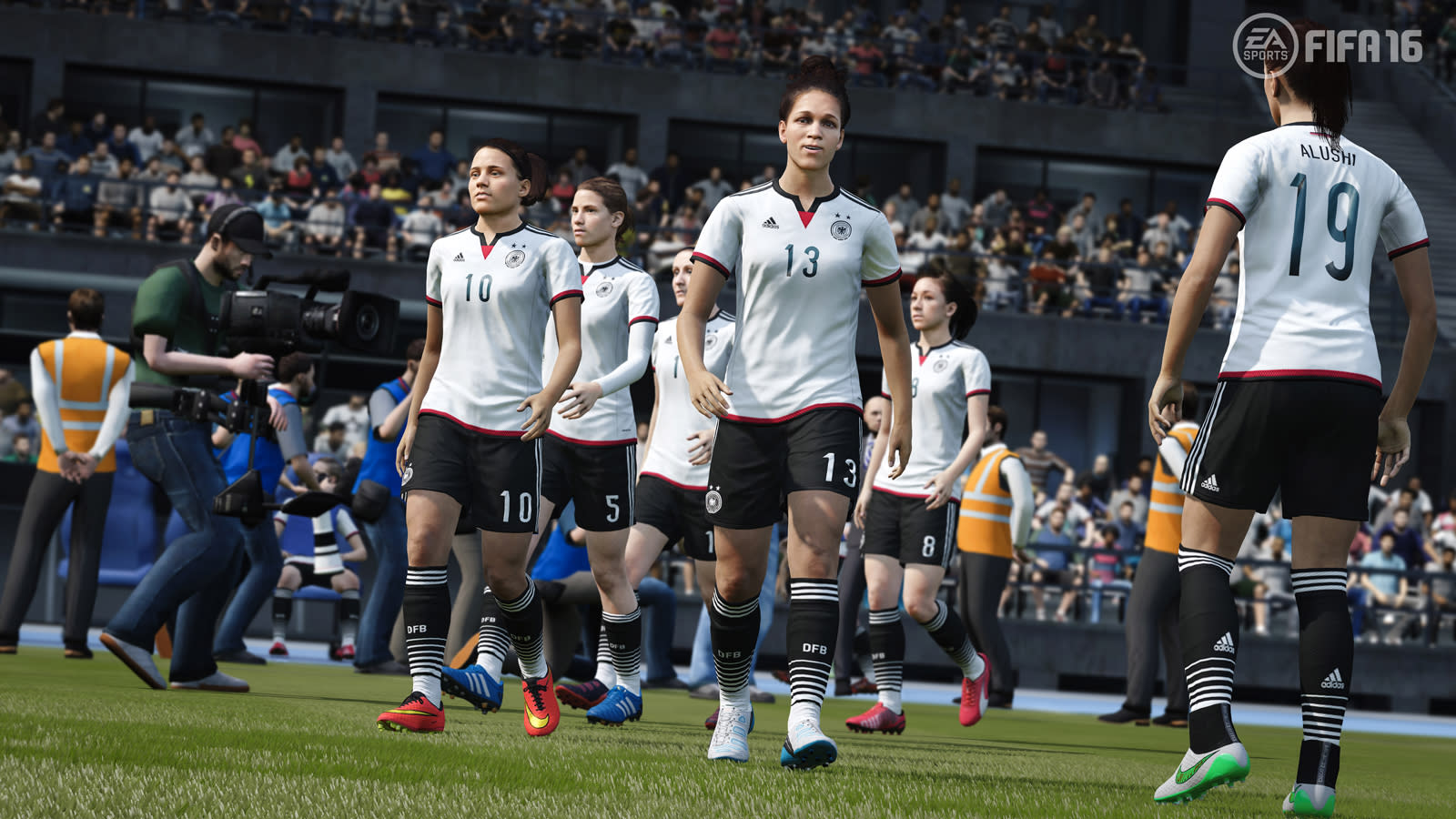 EA is no stranger to issues with the NCAA, and this time FIFA 16 women's rosters are the culprit. The gaming studio announced today that following an NCAA notice, it would remove 13 players from the game that are currently on or "likely" to be on college rosters. "We believe this decision denies these 13 athletes the opportunity to represent their countries in the game, but we have removed them from FIFA 16 to ensure there is no risk to their eligibility," EA said in a blog post. While EA didn't compensate those players for appearing in the game, the NCAA says that including them would still jeopardize their ability to take the pitch for their respective schools. The group of players that won't make the game includes six players from Canada, six from Mexico and one from Spain (detailed info here). All 12 women's national teams are now playable with EA Access Play it First Trials.

In this article: ea, fifa16, gaming, ncaa, roster, rosters, soccer, udpate, women, womenssoccer
All products recommended by Engadget are selected by our editorial team, independent of our parent company. Some of our stories include affiliate links. If you buy something through one of these links, we may earn an affiliate commission.