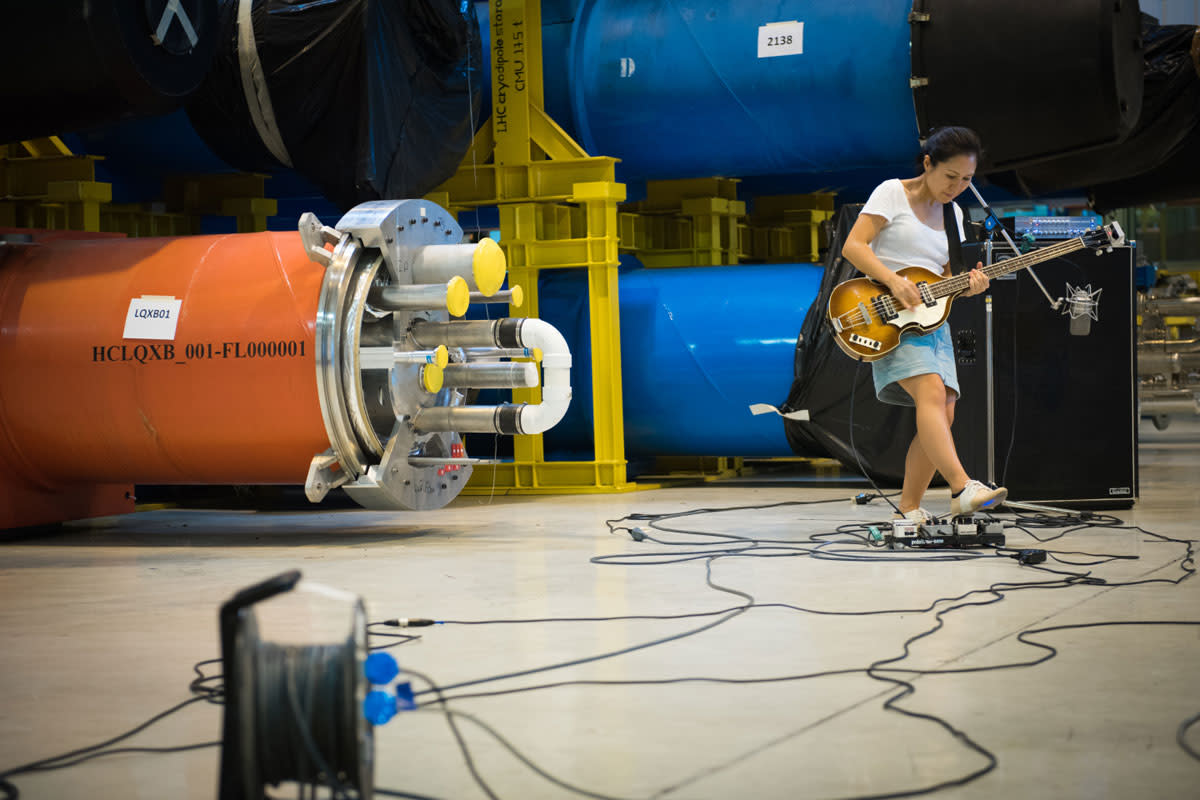 You knew that CERN was big on experimentation when it built the Large Hadron Collider, but it just took that curiosity in a strange, fascinating new direction. ATLAS physicist James Beacham has kicked off Ex/Noise/CERN, an initiative that has musicians experiment with sound at CERN in tribute to the institute's physics breakthroughs. The first band in the mix is the out-there indie group Deerhoof, and the results are about as odd as you'd expect -- the rockers' fuzz and bass sounds very, very different in an LHC magnet test facility versus a stage. Most of what they play in the clip below wouldn't be considered melodic, to put it mildly, but that's part of the point. This is the sort of listening that usually involves a dark room, some big headphones and an open mind. Here's hoping that the series carries on for a long while, and pushes more than a few creative boundaries.

In this article: cern, deerhoof, exnoisecern, largehadroncollider, music, rock, science, sound, video
All products recommended by Engadget are selected by our editorial team, independent of our parent company. Some of our stories include affiliate links. If you buy something through one of these links, we may earn an affiliate commission.