Dropbox's Spaces 2.0 collaboration is out in private beta

Spotify makes it easier to add people to collaborative playlists 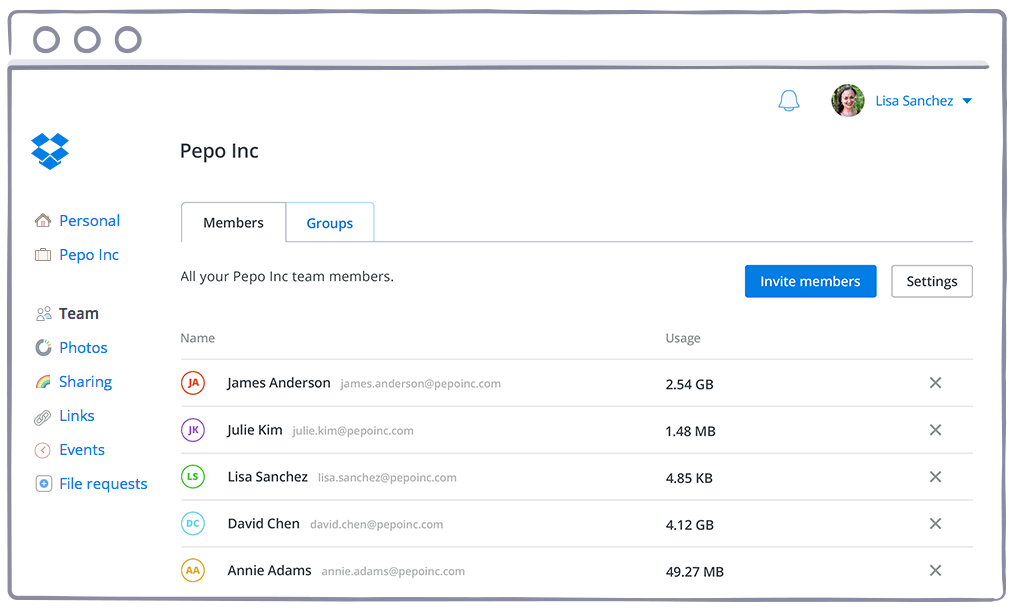 Dropbox for Business is an increasingly important part of the company's revenue stream -- there are more than 130,000 businesses using the service -- but there are many more people out there using the company's more consumer-focused free service and its $9.99 monthly subscription plan. Millions of those users are in fact using their personal Dropbox accounts to get work done, as well -- so now Dropbox is going to offer a set of tools to make it a lot easier for individuals and smaller businesses to use Dropbox with a team of co-workers. In fact, that's the name of the new service that launches tomorrow: Dropbox Teams.

Anyone using Dropbox will now have the opportunity to create a team. When you start the process, Dropbox will even suggest users it thinks you should invite based on what documents you share with what people or whether you're all using the same email address domain. Once your team is set up, everyone will have access to the same shared folder, which Dropbox expects teams will use to share documents that the whole group will need access to. Fortunately, you can also set up sub-groups (like a marketing team, or the specific people involved with a specific project) -- that'll keep everyone on the team from having files they don't need taking up space in their Dropbox.

Dropbox Teams will also give administrators granular control over what different users will have access to -- you can limit what files and folders they can see, and you can also decide whether files can be shared or not. Another sharing option is the ability to determine whether folders and files can be shared with people who aren't on your team. If files are confidential, you can keep them only within your team, but other files will be able to be freely shared with anyone using Dropbox. (Of course, that won't stop anyone from downloading the file and sharing it via email, but there's only so much you can expect from a free offering.)

The last major feature here is pulled directly from Dropbox for Business. If you happen to have created Dropbox accounts for separate work and personal accounts, Dropbox will let you link them together so you can see them both while logged in, rather than have to log in and out to jump between them. All in all, it's a pretty generous set of free features: it lets the many people out there already using the popular Dropbox Basic and Pro services for work have more control over how they do that. And it just might help the company sell more Dropbox for Business subscriptions as those small companies start growing up.

In this article: collaboration, dropbox, dropboxteams, filesharing, teams
All products recommended by Engadget are selected by our editorial team, independent of our parent company. Some of our stories include affiliate links. If you buy something through one of these links, we may earn an affiliate commission.