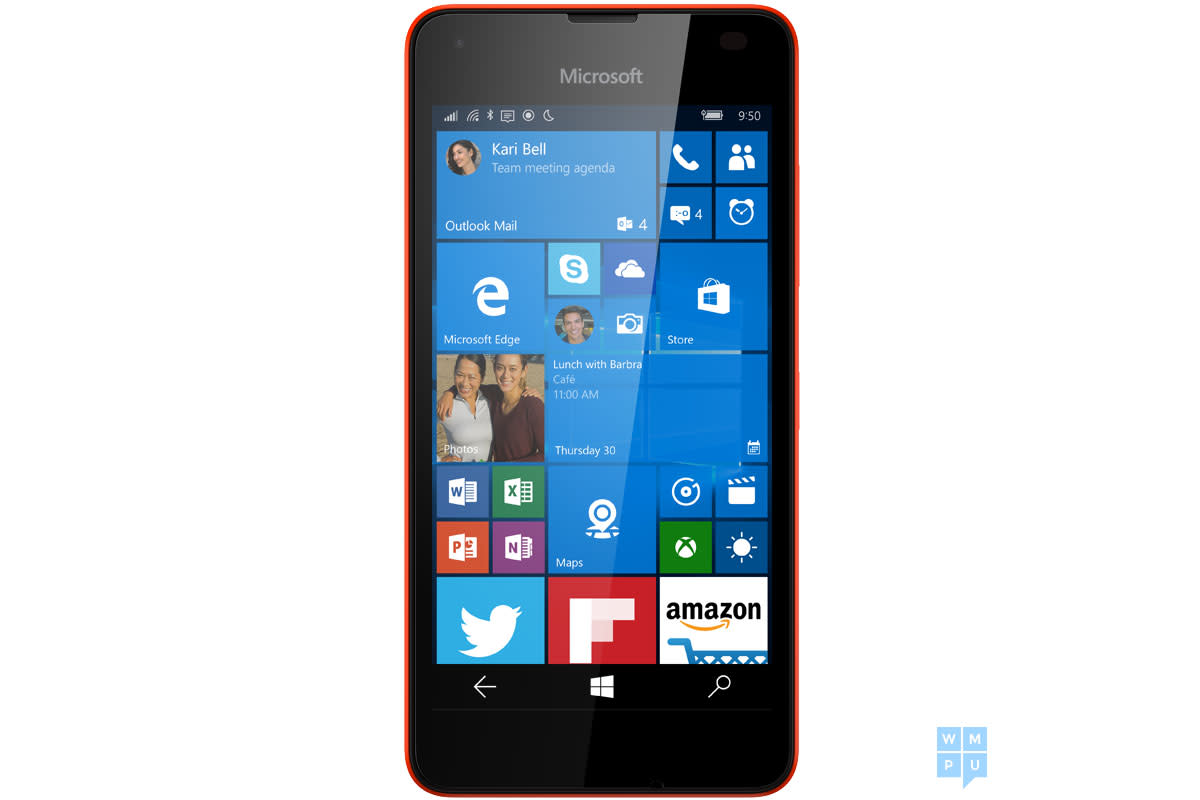 Sure, you may have an idea of what high-end Windows 10 phones will be like, but what about the cheap-and-cheerful models that people are more likely to buy? You might not have to wonder any longer. Both OneTile and WMPoweruser claim to have images and details of the Lumia 550, Microsoft's first entry-level Windows 10 handset. The looks are nothing special (surprise, it's a basic phone!), but it reportedly packs a little more punch than many starter devices between its 4.7-inch 720p screen and speedy LTE data. The rumored Snapdragon 210 processor, 8GB of expandable storage, 5-megapixel rear camera and 2-megapixel front cam are par for the course, but you'd also shell out just $120 -- a bargain when Motorola's Moto E has a less impressive 960 x 540 screen and a mediocre 0.3-megapixel front shooter. As such, you may have something to look forward to at Microsoft's October 6th event if you're more interested in value for money than raw performance.

In this article: lumia, lumia550, microsoft, mobilepostcross, smartphone, windows10, windows10mobile
All products recommended by Engadget are selected by our editorial team, independent of our parent company. Some of our stories include affiliate links. If you buy something through one of these links, we may earn an affiliate commission.