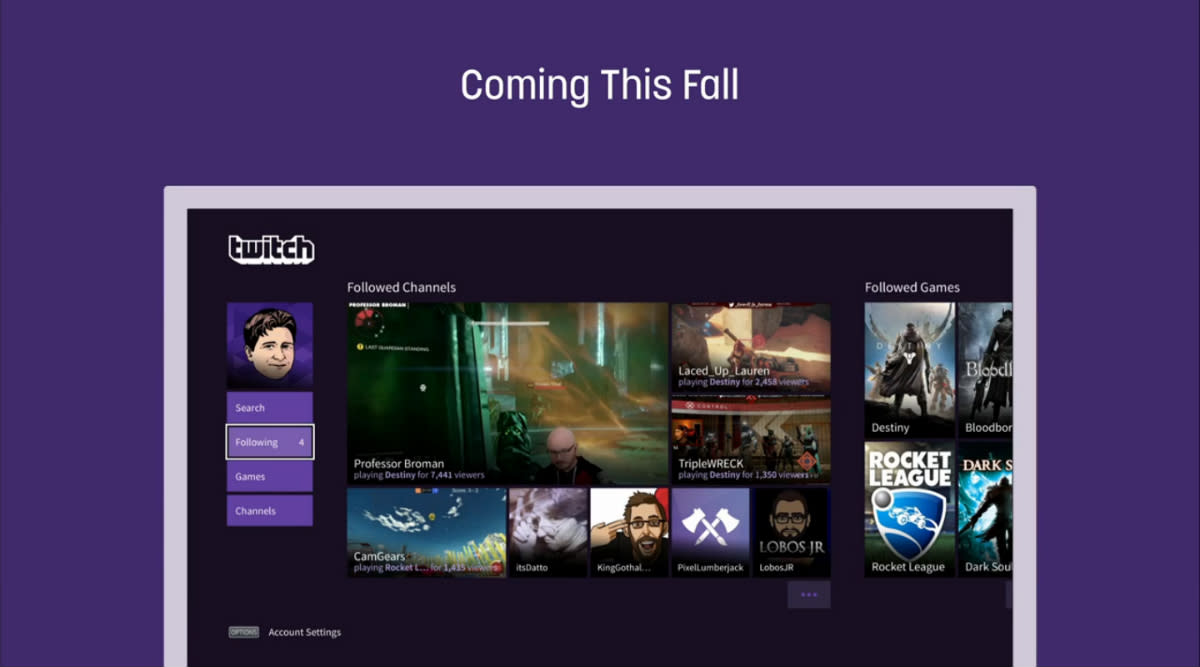 PlayStation 4 is finally getting a proper Twitch app. As you can see from the render above, it looks a lot like the one you'll find on the Xbox One. Twitch cofounder and CEO Emmett Shear took the stage during the TwitchCon keynote and said that the app on Sony's current-gen console will have full chat integration and even have full support for emoticons (whatup, Kappa?) and highlight PS4 broadcasts much like the Live From PlayStation app currently does. The difference here is that you won't be limited to only PS4 broadcasts. Want to watch a League of Legends tournament? Have at it once the application launches this fall. What's more, Twitch is also coming to PlayStation 3, PlayStation Vita and PlayStation TV.

In this article: gaming, HD, hdpostcross, playstation, ps3, ps4, pstv, psvita, twitch
All products recommended by Engadget are selected by our editorial team, independent of our parent company. Some of our stories include affiliate links. If you buy something through one of these links, we may earn an affiliate commission.