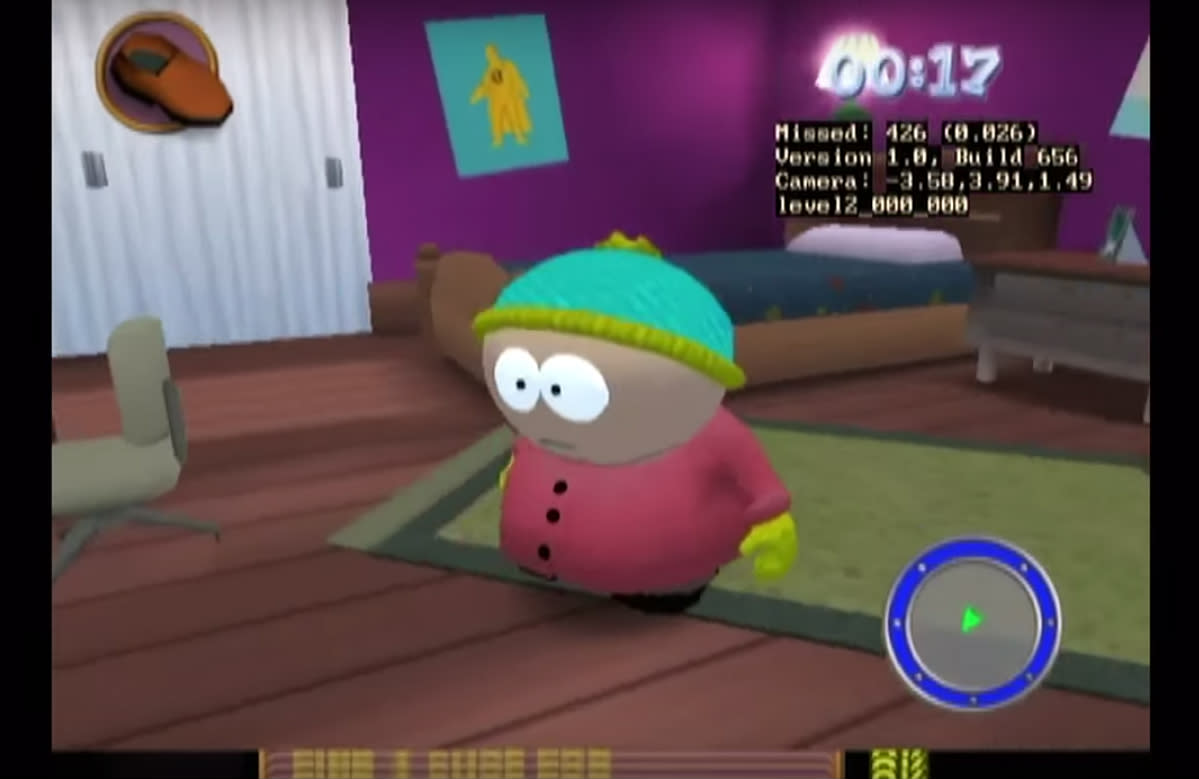 Legend has it that back in the early 2000s, Oregon studio Buzz Monkey was working on an officially licensed South Park game for the original Xbox. The game never shipped, but an incredibly early version appears to have made its way to an Xbox debug console -- and it's now on YouTube. The folks at HappyConsoleGamer unearthed the forgotten South Park game on an original Xbox and they've posted (extremely rough) gameplay, featuring a split-screen mode and Cartman walking around his house, driving a school bus and fighting a pack of dogs. Yep, this game has a combat system. Also included in the video is a taste of an unreleased Happy Feet game, which is appropriately adorable.

In this article: BuzzMonkey, debug, hdpostcross, microsoft, SouthPark, xbox
All products recommended by Engadget are selected by our editorial team, independent of our parent company. Some of our stories include affiliate links. If you buy something through one of these links, we may earn an affiliate commission.