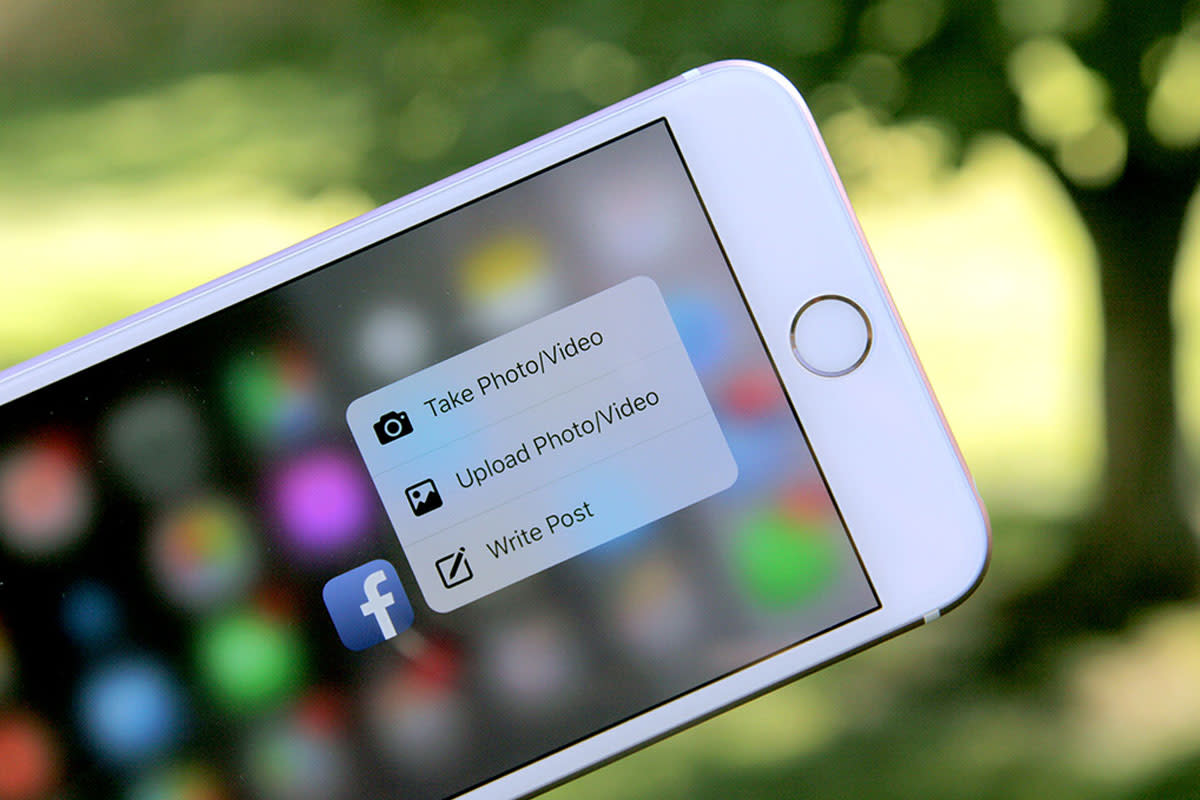 When you find yourself needing to post to Facebook quickly, the social network's app leverages tech on Apple's latest handsets to do just that. Thanks to the newfangled 3D Touch tool that arrived with the new iPhones, a press on the app's icon will reveal options for taking a photo/video, uploading a photo/video and composing a status update. With the addition, Facebook joins a collection of apps (like Dropbox) that have already taken advantage of the new iOS feature. If your trusty device hasn't alerted you to the update yet, nab it from iTunes via the source link below.

In this article: 3dtouch, app, facebook, internet, shortcuts, social, socialmedia, software, update
All products recommended by Engadget are selected by our editorial team, independent of our parent company. Some of our stories include affiliate links. If you buy something through one of these links, we may earn an affiliate commission.