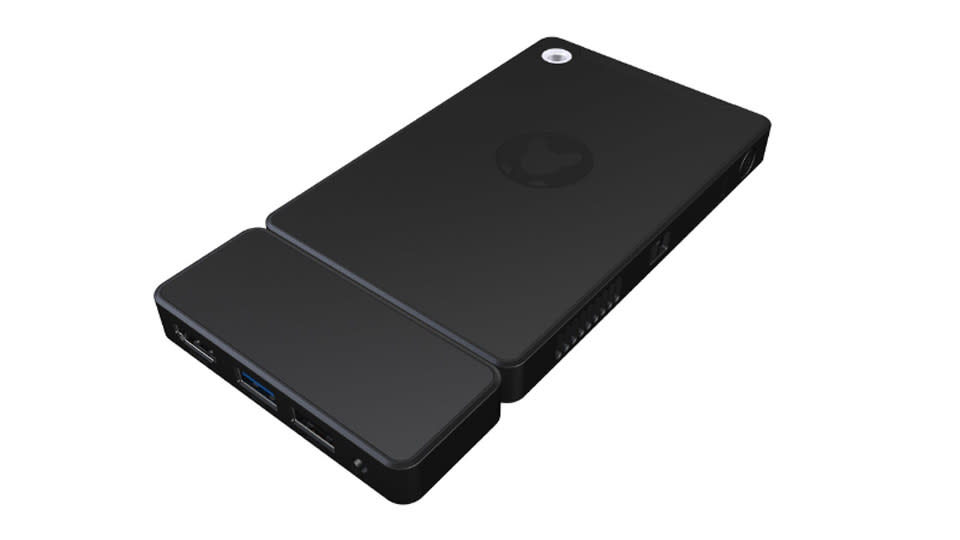 As convenient as a PC-on-a-stick may be, it's typically saddled with some major limits: you rarely have more than one port, and you always have to plug into a power source. InFocus (yes, the projector company) thinks it has a better idea, though. Its new Kangaroo PC gives you a battery-powered Windows 10 desktop that's about as small as a smartphone -- you can pull it out of your pocket, connect peripherals and start working for up to four hours. You can even connect to an iPad if you're bent on a completely portable setup. Also, InFocus takes a clever approach to expansion: there's an included dock with HDMI and two USB ports, and there are promises of more add-ons in the future.

The system isn't any more powerful than an entry-level laptop between the Atom x5 processor, 2GB of RAM and 32GB of expandable storage. However, you can also order one today from Newegg for $99. That's cheaper than some of its stick-based rivals, and it's arguably a better value overall if you're looking for a full-fledged computer.

In this article: computer, desktop, infocus, kangaroo, pc, windows, windows10
All products recommended by Engadget are selected by our editorial team, independent of our parent company. Some of our stories include affiliate links. If you buy something through one of these links, we may earn an affiliate commission.