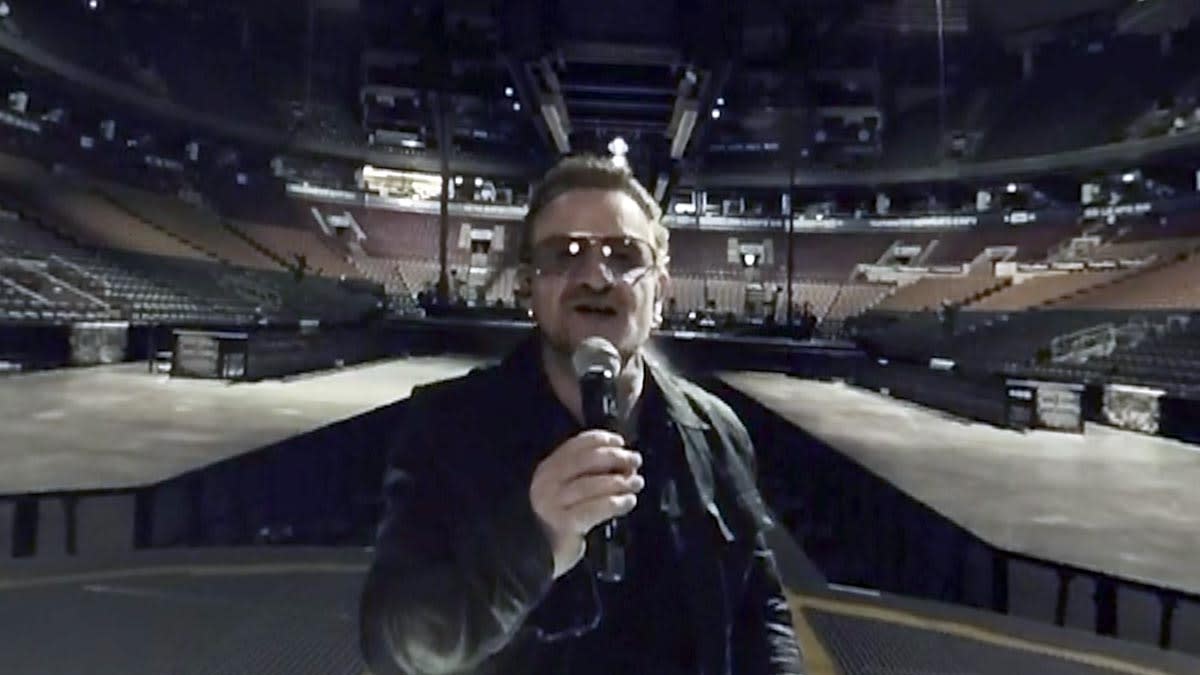 Apple just stepped into the virtual reality game, kinda, via a(nother) partnership with U2. Apple Music and the Irish band collaborated on a special 360-degree video for Song for Someone produced by Vrse -- a platform for original VR content. This might be the first consumer VR content with Apple's name to it, but it's familiar ground in many ways. The partnership between U2 and Apple is part of a promotional "experience" which includes a bus outside venues of its European Tour, where fans of U2 can view the video via Oculus rift. Apple Music, on the other hand, is clearly trying new ways to win over some of those (many) non-paying users currently testing out its streaming service.

This isn't the first time the iPhone-maker has teamed with the quartet. Famously, Tim Cook joined Bono on stage to give the group's latest album free to all iTunes users. A gift that backfired, with many people angered by the (some felt) aggressive promotion. Then, of course, there was that iconic iPod advert. The Song for Someone video puts the viewer in the center of the band as it plays to an empty arena (as show in the Instagram photo below). U2's performance is blended with guest videos of the same song recorded by fans. This is hardly the first such video, but joins a growing list of artists using the 360 video format to get their music (literally) in front of more eyes.

This time, at least, the product isn't being foisted on anyone. Willing fans can hop on an experience bus which will be at various venues for the remainder of the European Tour. Those who just want to check out the video can dive in for free via Vrse on iPhone, Android or Samsung Gear. Does this mean Apple's looking at VR more seriously? Has U2 finally found what it's looking for? Anything's possible. But, if Cupertino's measured approach with other new technologies is anything to go by, don't expect anything beyond video content for now.

In this article: apple, songforsomeone, u2, virtualreality, vr, vrse
All products recommended by Engadget are selected by our editorial team, independent of our parent company. Some of our stories include affiliate links. If you buy something through one of these links, we may earn an affiliate commission.