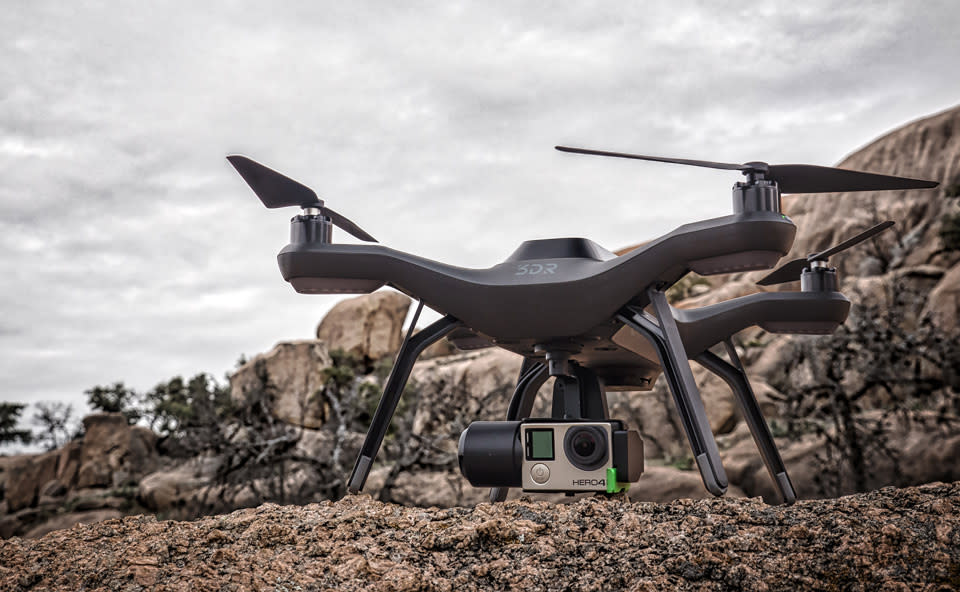 Now that drones are everywhere, pilots keep blundering into no-fly zones, threatening people and airliners alike. Most of the time these are simple mistakes, so drone-maker 3DR has launched a new venture with a company called AirMap to help pilots out. AirMap shows not only restricted areas around large and small airports, but also temporary flight restrictions (TFR) areas like wildfires, public events or visits from the President. 3DR incorporated these maps into its Solo UAV (above), so that if you open the app in a restricted area, you'll see a yellow "warning" or red "don't fly" circle.

Either way, the use of centralized airspace restriction databases makes sense for the industry as a whole, so don't be surprised to see wider adoption. 3DR said it will deliver the maps in time for Christmas with basic info about restrictions, but promised that "with future updates, the Solo smart drone app will display more detailed and nuanced airspace information."

In this article: 3DR, AirMap, Airports, Drones, NoFlyZones, TFR, UAVs
All products recommended by Engadget are selected by our editorial team, independent of our parent company. Some of our stories include affiliate links. If you buy something through one of these links, we may earn an affiliate commission.