Cruise the airport on top of a piece of motorized luggage

Samsung and Samsonite are working on smart luggage 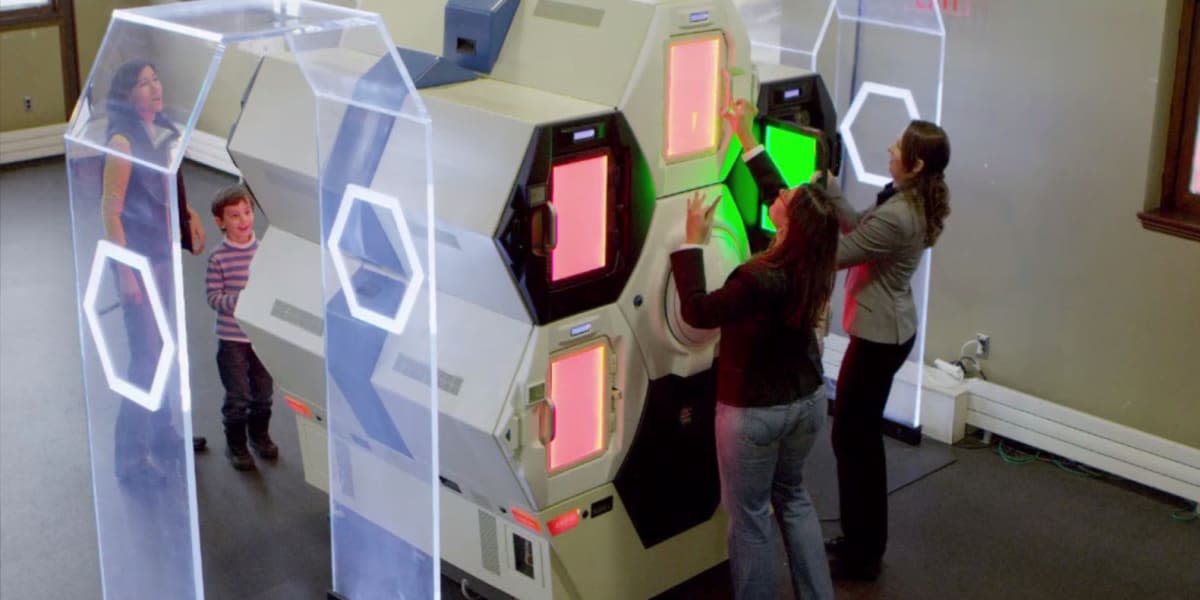 At the top of the list of "things that piss off air travelers" is, far and away, the hassle of having a bunch of TSA clownholes rummage through their bags at security checkpoints. However, a new bag-scanning system from Qylur could speed that process up significantly.

The Qylatron Entry Experience Solution consists of five microwave-sized pods. The traveller approaches the machine, holds their ticket up to a door for scanning, then stuffs their carry-on into the pod. The system then utilizes a combination of X-rays, chemical sensors, and machine AI to search for contraband. If the bag is clean, the traveller picks it up from the other side of the machine and goes on their merry way. If the system finds something that shouldn't be there, it locks the passenger out and alerts a human agent. In all, the Qylatron can accommodate up to 600 passengers an hour and needs just four humans to operate.

It's already been installed at Disneyland Paris and saw action at last years World Cup in Brazil. It is currently being tested at the San Francisco 49ers of Santa Clara's Levi's Stadium for the facility's daily group tours. Should this initial test work out, the team will likely move on to using it for screening VIP guests and eventually regular fans. "We expect several more rollouts in 2016 across stadiums, amusement parks and other large public venues," CEO Lisa Dolev told Wired. What's more, the TSA began an 18-month trial in October for use in airports around the country.

In this article: baggage, clownholes, qylatron, qylur, security, tsa
All products recommended by Engadget are selected by our editorial team, independent of our parent company. Some of our stories include affiliate links. If you buy something through one of these links, we may earn an affiliate commission.