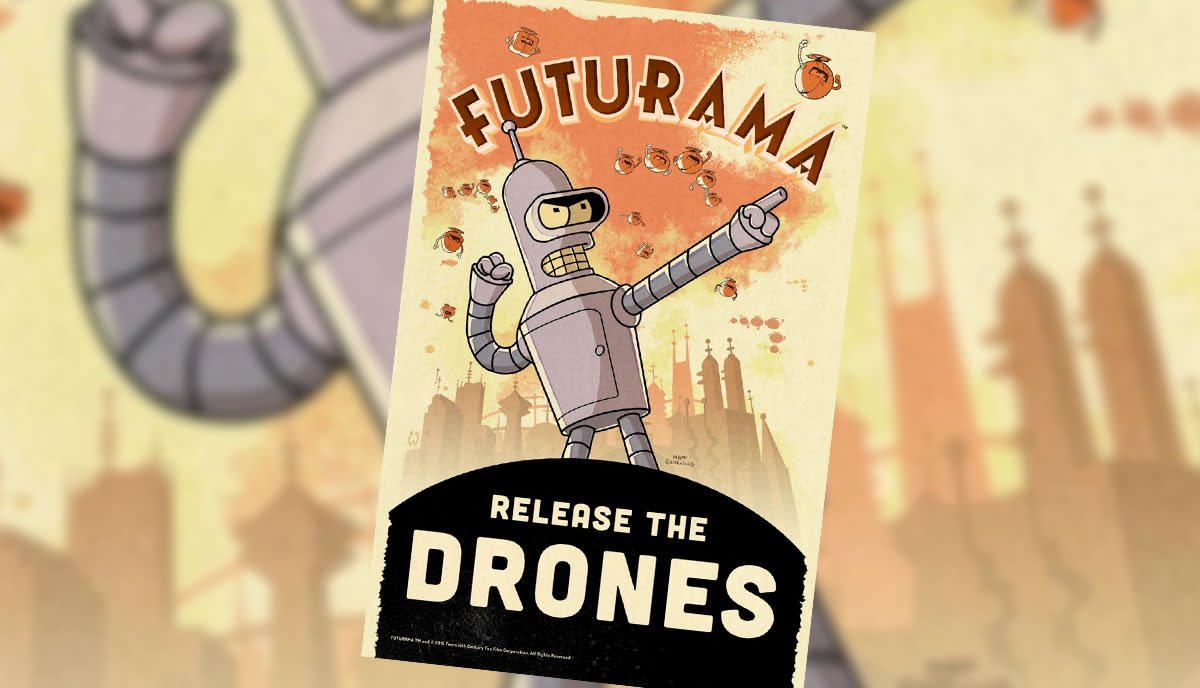 If the TV show that you love gets axed before you're ready to let it go, then there are a couple of things you can hope for. For instance, a streaming service could step in to fund a new season of the show, or people can turn to Kickstarter and do it themselves. But it turns out that there's another route towards salvation in the form of a mobile game, which is how Futurama is going to make its auspicious return. 20th Century Fox has signed a deal with German game developer Wooga to create Futurama: Release the Drones. The story will see the Planet Express crew take on MomCo in a delivery war, with players asked to connect groups of drones to solve puzzles.

Thankfully, Wooga saw fit to call upon some heavyweight names to help create the game behind the scenes. For starters, it'll be designed by Dave Grossman, who wrote The Secret of Monkey Island, Sam & Max as well as Telltale Games' Tales of Monkey Island. He'll team up with former Futurama producer Patric Verrone, who was co-executive producer in the show's later years and wrote episodes like The Problem with Popplers and That's Lobstertainment!. There's no word on when the title will be released, although we imagine that the turnaround time won't be particularly long.

It's also not the first name-brand entertainment to get a second life as a mobile game in recent memory. Nobody may have been asking for a sequel to Mean Girls, but that was resurrected earlier this month by Episode Interactive. Not to mention that there's still the Firefly revival (that'll also play on mobile devices) coming at some point in the near future. Let's start taking bets on the next long-lost series to get reinvented as a mobile game: we're going to go for Deadwood, because who doesn't want to see the glorious return of Al Swearengen's one-eyed invective?

In this article: DaveGrossman, Futurama, Mobile, PatricVerrone, Wooga
All products recommended by Engadget are selected by our editorial team, independent of our parent company. Some of our stories include affiliate links. If you buy something through one of these links, we may earn an affiliate commission.