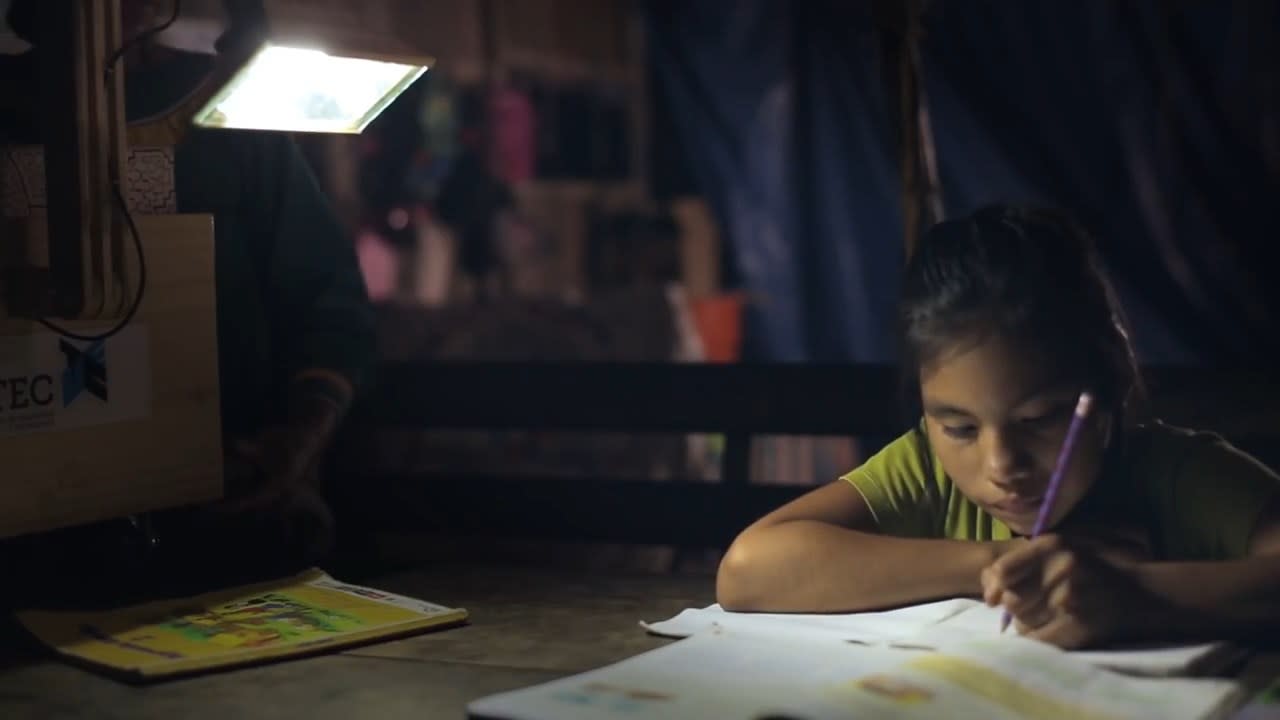 Maintaining infrastructure in the rainforest is a pretty tall order -- the area is dense with vegetation and prone to intense moisture and flooding. Villages like Nuevo Saposoa in Peru have had their electrical grids disabled or destroyed by the elements, leaving residents at the mercy of daylight or the fumes of kerosene lamps to work, read or study. Researchers at Peru's Universidad de Ingeniería y Tecnología have created a novel solution: an LED lamp powered by a houseplant.

UTEC's "plant lamp" is actually more of a conduit for bacteria than an electrified fern -- researchers built a metal grid in a planter that captures energy released from "geobacters," a kind of microrganism that gives off electrons. This grid stores the power into a normal battery which can power the light for up to two hours a day -- providing a brighter, healthier light source than the kerosene lamps Nuevo Saposoa residents have been using since the flood.

Researchers have created 10 fully functional prototypes, which have been distributed to families in the affected village. Check out the institution's official announcement at the source link below.

In this article: bacteria, biotech, lamps, led, light, plants, TL16BCTRA
All products recommended by Engadget are selected by our editorial team, independent of our parent company. Some of our stories include affiliate links. If you buy something through one of these links, we may earn an affiliate commission.