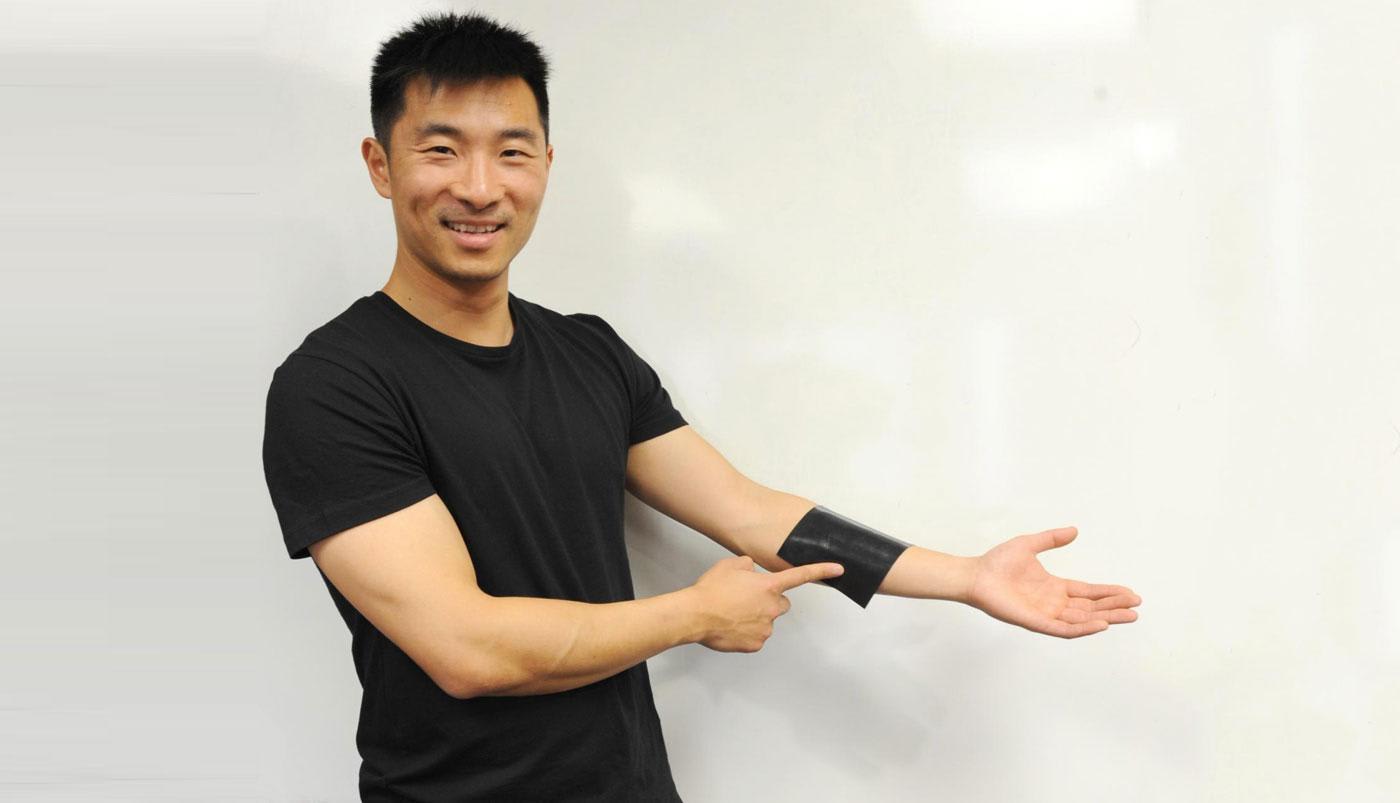 There's a whole branch of science that's dedicated to turning flexible surfaces into sensors that can be used as an artificial substitute for skin. These materials could then be used to give robots a sense of touch, or even to restore feeling for people with artificial prostheses. Researchers at the University of Auckland have taken the concept in a slightly different direction after building a square of soft, stretchable rubber that pulls double-duty as a keyboard. It's hoped that the technology can be used to create foldable, rollable input devices, which reminds us of Nokia's twisty-stretchy phone concept from way back when.

Inside the prototype (pictured), there's a three by three grid of squares that's sufficient to create a rudimentary directional control. Tucked inside, the keyboard has two sets of sensors that are set against each other at a 90-degree angle. When one of the zones is compressed, the two groups of sensors are then used to triangulate where the pressure is coming from, and relates that to a keypress. It's still early days as yet, but since the device is made out of black rubber, we can imagine that it won't be long before someone starts producing their own line of connected fetishwear.

In this article: Flexible, Input, Keyboard, Rubber, science, Sensors, Skin, UniversityofAuckland
All products recommended by Engadget are selected by our editorial team, independent of our parent company. Some of our stories include affiliate links. If you buy something through one of these links, we may earn an affiliate commission.